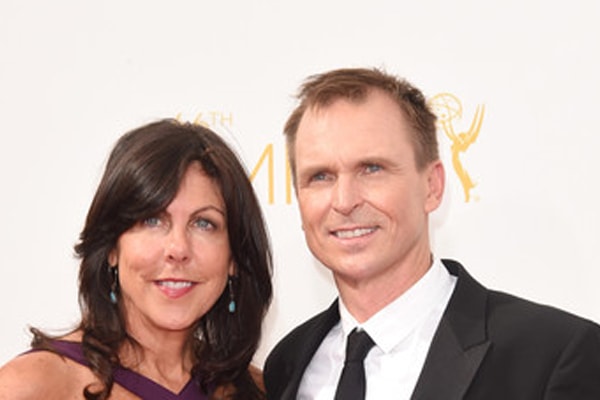 Phil Keoghan has been so indulged in his professional life that it seems that he does not really care about his personal life. Phil is very much a married man and has a sound family life. Phil is married to his longtime love, Louise Rodrigues. His wife Louise is known best for being the prominent Australian TV producer and director who later went on to become a producing partner with Phil. She is also the co-creator of No Opportunity Wasted.

The couple has now been together for long but is seen mostly busy in their respective careers. Together, the couple has a beautiful daughter named Elle Keoghan.

However, since Phil has kept his personal life so hidden from the media it was hard to tell what his sexuality was. Phil was rumored to be gay by many of his audience.

But to their astonishment, Phil stepped up at the 64th Primetime Emmy Awards Governors Ball in September 2012 in Los Angeles looking dashing with his wife on one side and his daughter on the other. While most had their eyes on Phil, others were amazed by just how beautiful Phil’s daughter was!

How has Phil Keoghan been keeping up with his career?

Phil Keoghan has kept up with the hype by being a long time host of the Primetime Emmy Award-winning show, The Amazing Race. Phil is known to have been successfully running the show in CBS and has also put his hand on many ventures.

Phil is known to be earning $ 100 thousand per episode for The Amazing Race which in itself shows how successful the show is. Phil’s net worth is known to be $ 16 million representing his fame in the field of journalism and entertainment.

Phil Keoghan of The Amazing Race