Home / Who is YouTuber Pete Bucknall’s girlfriend? Dating Someone or Already Married

Who is YouTuber Pete Bucknall’s girlfriend? Dating Someone or Already Married 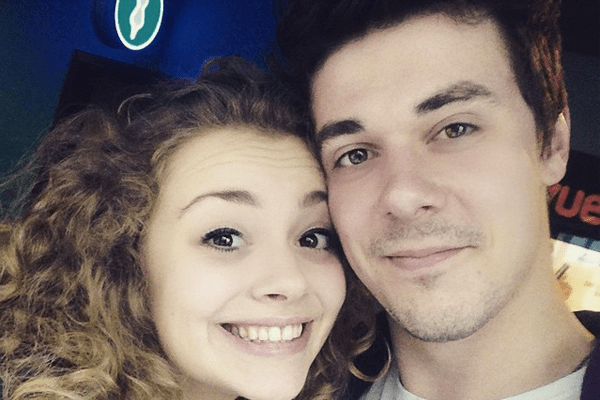 Pete Bucknall is a YouTube Viner, who have a YouTube channel “petesjams.” This YouTube star is famous for his cover and solo songs that gets more than a million views. Especially, ladies are crazy about his singing and vines. Being a young and handsome famous internet personality, it’s certain for him to have a girlfriend or date someone. Or is he already married? Pete Bucknall’s girlfriend or wife might be someone really special. Or Is it Pete who’s the lucky guy?

In Pete Bucknall’s YouTube channel Petesjams, Pete shares his feeling and experience through his videos. Fans get involved in his video by appreciating his thought and suggestions. Pete’s fans are mainly curious if he had or have any girlfriend?

Although he never mentioned about anyone special, his videos slowly started giving his viewers the clue.

In late 2015, Pete spent most of his time with his fellow YouTuber, Carrie Hope Fletcher. However, the fact that Carrie was Pete Bucknall’s girlfriend was not confirmed then.

The couple was suspected to be in an affair when Pete regularly appeared in the videos of Carrie’s YouTube Channel. Later it was confirmed that this couple started dating since 2015.

Pete has officially announced his relationship with girlfriend Carrie publicly in social media. He tweeted that he is proud of his girlfriend for her starting performance in Chittymusical on May 3, 2016.

So, SO proud of my ridiculously talented girlfriend @CarrieHFletcher starting in @ChittyMusical tomorrow night 🙂 pic.twitter.com/CQx1b4V8Fi

Similarly, on November 18, 2016, he came up with a new tweet expressing proud and cheerful moments for his girlfriend who became a member of the Addams Family, UK.

THIS IS SO COOL! My girlfriend is a part of the @AddamsFamilyUK!
Wait…does this mean I should be worried? Is dating an Addams dangerous?! https://t.co/4aCj7ZgwEv

They were sharing quality time with each other. But, something unexpected happened. The couple was not able to sustain the relationship and they sadly broke up in March 2017.

After two months of the breakup, on May, Carrie blogged about the break up with her boyfriend Pete on her blogging website, Carrie Hope Fletcher.

In her post, she claims that Pete was a liar, he cheated on her, used her, and fell for someone else. That was why they broke up. But the fact of Pete cheating on his girlfriend Carrie and who was he involved with is not disclosed.

It seems nothing was going well between them, so they decided to get apart.

Spent my evening hanging out in the #ForbiddenForest at the @wbtourlondon with Buckbeak, @carriehopefletcher and many other lovely people. It’s a GREAT addition. If you’re a fan, definitely go check it out! ????

The exact reason for their break-up is still unknown, but HITBERRY suggests Carrie’s closeness with best friend Oliver Ormson may also be the reason behind it. Carrie addresses Oliver as her closest friend. However,it’s not confirmed that they are in an affair.

Pete being in another relationship was in shade until his post on November 3, 2017, on Twitter. He was enjoying Starbucks coffee with a mystery girl, his possible girlfriend. Her name might be Nancy as it’s written in the cup but Pete had a different name in his. So the name can’t be confirmed.

Pete is not married yet, but he might be dating the mystery girl. We wish the handsome hunk to get married soon. After all, Everybody likes to see his/her favorite person in wedding suit.

Carrie Hope Fletcher from British ancestry is a writer, singer, actress, songwriter, author, and Vlogger. Five years back, she played Wednesday Addams in the UK tour of The Addams Family Musical and the author of Sunday Times.

This multi-talented gorgeous is also famous for her book “All I know How” and her cover songs on YouTube.

Carrie has her blog website Carrie Hope Fletcher, where she writes to promote or encourage girls.

Before Pete Bucknall, she was in an affair with Alex Day. He is also a YouTuber.

We know that Carrie is an author of the social media-based book “All I Know Now.” This book gave her a different identity as an author. Interestingly, her ex-boyfriend Pete Bucknall inspired her to write the book.

Pete and Carrie were in a single frame of YouTube video City of stars ( La La Land Cover). It was published in April 2017 by Pete on his YouTube channel petesjams.

Carrie also shared the news of breakup with Pete in Tumblr.

Born on August 31, 1993, in  England, he has achieved early success through his artistic skills.

He posts his cover songs, original songs, vines, personal experience and much more on his YouTube Channel.

His YouTube channel has more than 91k followers, and he gets 1.5 million views on average. So, we can estimate his earning may be around a million. But, the YouTuber’s net worth is under review.

To know more about Youtuber Pete Bucknall’s girlfriend, mystery girl, relationship and net worth, stay with us.