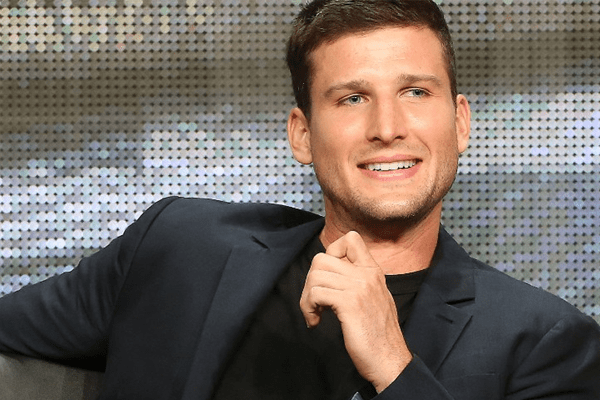 Is Parker Young in a relationship with a guy or a girl?

Parker Young, whom we might best know from soap opera Days of Our Lives and Suburgatory, is very much in a relationship. But there have been rumors that Young is gay. His immaculate face has many people wondering if he is dating guys or girls.

Parker Young’s dating affair shows that he is in a relationship with his girlfriend, Stephanie Ann Weber. So, no, Parker Young is not gay. Stephanie is not from the entertainment industry. The couple seems to be taking things slowly but the love in them is inevitable. The couple got into a relationship in 2012 and has been together since.

Although the couple has been keeping things low key, they have made red carpet appearances together. By the looks of it, the couple is very much in love. In February 2014, the couple went on to attend the Costume Designers Guild Awards in Beverly Hills.

How is Parker Young managing his personal and professional life?

Parker Young has been perfectly managing his personal as well as professional life. Parker Young posted an adorable picture of himself carrying Stephanie on the occasion of her birthday.

Besides having a successful career, Young also has a perfect personal life. Talking about his professional life, Young shared with Vulkan Magazine that he decided to take up an acting career from his football career in the initial stage. He shared that he knew he “wasn’t realistically going to make a career out of playing football”. Young also shared that he was “not in love with football” but wanted to join the acting arena. His family and friends were also very supportive of his decision.

Parker Young’s gay rumor arose when he went on to be seen in the gay community-related movie, 4th Man Out as character Chris. Ever since then he was rumored to be gay up until now when the reports of his girlfriend came forward.