Know About Omayra Sánchez, The Girl Who Died Following The Eruption Of Nevado del Ruiz Volcano

Omayra Sánchez was the one who lost her life after being trapped in the water layer of the volcano for 60 hours. Picture Credit: Frank Fournier.

Have you heard about the 1985 eruption of Nevado del Ruiz Volcano? It is the same volcano that took the happy lives of more than 20K people in Armero, Colombia, and 3K in other villages located nearby were utterly decimated.

Sadly, 13-year-old Omayra Sánchez was also one of them who lost her life due to hypothermia or gangrene after being trapped in the water layer of the volcano for 60 hours. Let’s find more about her. 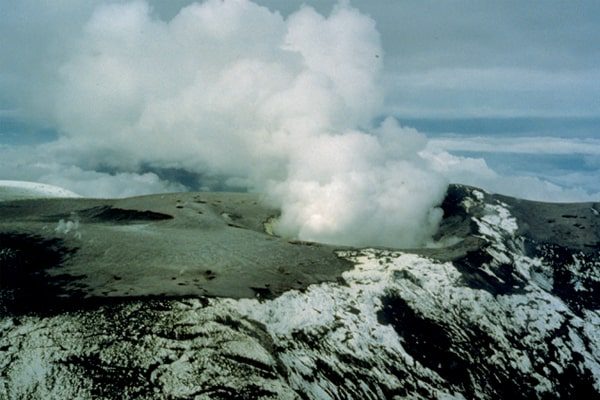 One of the lahars destroyed Omayra Sánchez’s home, which made mudflow debris. It is the same debris in which she was trapped for 60 hours before her death. Omayra’s legs were trapped under a door made of bricks inside the mudflow. Relief helpers tried their best to take Omarya out of the debris, but their efforts were in vain.

After 60 hours of being trapped, Omarya took her last breath on the 16th of November, 1985, at 10:05 AM. Omayra is buried in Camposanto, Colombia. Contrary to Sanchez’s courage and the efforts of the relief helpers were highly praised by everyone.

Omayra Sánchez sadly passed away on the 16th of November, 1985, at 10:05 AM. Photo Source: Image Credit: Frank Fournier.

Furthermore, photojournalist Frank Fournier is the one who captured all the photos of Omarya’s struggle for 60 hours. Frank also won the 1985 World Press Photo of the Year award.

Before, Omayra Sánchez’s death, she was living happily with her family. She was born on the 29th of August, 1972, in Armero, Colombia, to father Alvaro Enrique Sanchez and mother, María Aleida Garzón. Omayra Sánchez’s father was a sorghum and rice collector. She had a brother Álvaro Enrique who was named after her father.

Omayra Sánchez was born on the 29th of August, 1972, and was 13 years at the time of her death. Photo Source: Pinterest.

Unfortunately, her father, as well as aunt María Adela Garzón, were hit by volcanic lahars and died the same day that volcano erupted. Omayra’s aunt’s body was under her feet when she was trapped in the mudflow. Omayra Sánchez’s mother and brother survived the eruption of Nevado del Ruiz Volcano.

Omayra Sánchez’s mother was lucky as she was in Bogota, Colombia, for business purposes during the time of the volcanic eruption. After the incident, María Aleida Garzón was devastated and expressed her feelings by saying,’It’s horrible, but we have to think about our living. I will live for my son, who only lost a finger’.

Though Omayra Sánchez passed away, she is still remembered as a symbol of courage and wisdom and is a celebrated figure in Colombian music, poetry, and literature.

Rest In Peace to Omarya Sanchez and also all the victims of 1985 eruption of Nevado del Ruiz Volcano.

Stay Updated With Your Favorite SuperbHub For More Updates On News, Entertainment, And Also Biography.