Home / Novelist Michael Rosen Has Been Married Thrice. Learn More About His Wives

Novelist Michael Rosen Has Been Married Thrice. Learn More About His Wives 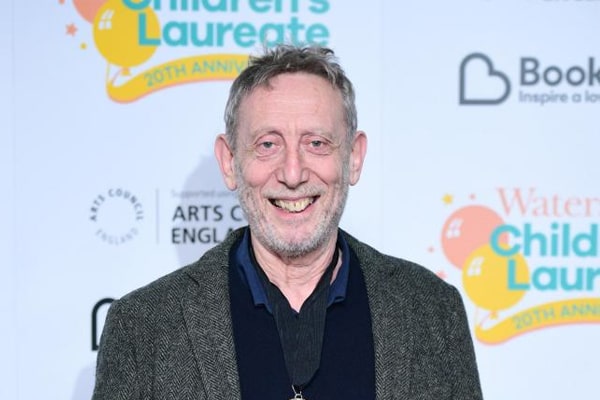 A similar thirst drove novelist Michael Rosen a hundred miles to find the love of his life, Emma-Louise Williams. There’s always this massive conflict inside a person that if s/he ever consider love, but it’s just a matter of time and acknowledging the person. So, let’s get to know about the legend, Michael Rosen’s wives.

Who is Michael Rosen’s Wife?

Novelist Michael Rosen has an excellent eye for women. Rosen’s wife, Emma-Louise Williams, is an intellectual woman. Michael and Emma are the epitomai of love and hard work as they both are unbeaten in their respective career and doing a great job as lovers.

Michael Rosen’s wife, Emma-Louise Williams, is a radio producer and filmmaker. She holds a master’s degree in modern and contemporary literature from Birkbeck, Univesity of London. 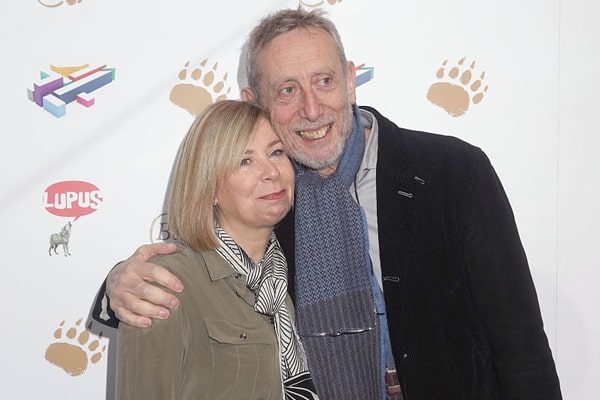 The couple first met when Emma was working at the BBC as a researcher/ producer. There is no record of their marriage, but looking at the timeline of their first encounter, they might have started dating since the late 90s. After marrying the love of his life, Michael realized that he is not alone.

The English literature legend Michael Rosen describes his life with his wife, Emma, is extremely fun and ‘utterly engrossing.’ According to the Guardian, until 30, he never thought he was a father material as he focused on other things in his life and felt irresponsible to do so. However, he became the father of five and had a new family with his third wife, Emma.

The couple welcomed two beautiful daughters, Elsie Rosen and Emile Rosen. They love their daughter, and Michael cannot stop but praise his wife for being poised. The couple’s bond has been stable since day one and is learning together. However, in the present day, the writer is having lousy health and is kept under watch in the hospital.

The former children’s laureate is growing old and is currently put into ICU because of his bad health. According to the BBC, Chocolate Cake writer is doing very poorly after spending a night in the ICU.

From Michael’s family: Michael is very poorly at the moment. Having spent a night in ICU, he is now doing “ok, stable, alert” and was able to go to a ward yesterday. Thank you very much for all your kind concern. Emma x @underthecranes @J0e_R0sen

The twitter statement revealed that the writer is stable and alert to be moved in the ward. However, it is unclear if the 73-year old’s poor health is related to the global pandemic, Coronavirus. Many great writers took Twitter by storm to share their good wishes, including Cressida Cowell, the author of How To Train Your Dragons series.

Who Were Michael Rosen’s Ex-Wives?

In this journey of life, people meet thousands of faces and personalities. Among them, they fall in love with few. Likewise, throughout Michael Rosen’s lifetime, he met two women with whom he fell in love, built a family and broke up as things did not go well. Well, that’s life, things do not necessarily follow our wishes.

Anyway, he met his first wife, Elizabeth Susanna Steele and married her in 1976. The couple shared a whole decade with one another and gave birth to two beautiful sons; Joseph Steele aka Joe Rosen, Eddie Steele. Unfortunately, Michael Rosen’s ex-wife, and he decided to part ways after 10 years of marriage in 1987. During the ten years of marriage, the couple must have gone through many beautiful and painful memories at the same time.

Michael Rosen’s second marriage with Geraldine Clark was not a successful one as well. The former couple got married after Rosen’s divorce with Elizabeth, in 1987. Michael Rosen’s second wife gave birth to Isaac Louis in between their marriage of 10 years. However, Clark had two daughters from her previous marriage, Naomi Imogen Hill, Laura Clark.

The couple parted their ways in 1997 and Michael Rosen was set for another journey of single-parenting. His children were a huge part of his healing from a broken marriage, especially his lost son, Eddie. He explains that Eddie was a magnet child and was present for him every day.

The heaviest thing for a father is the weight of his son’s coffin and to experience that moment, for Michael Rosen must have been devastating and infuriating at the same time. Rosen’s son, Eddie Steel from his first marriage, lost his life to meningitis at the young age of 18 on 26 April 1999.

Michael was frustrated and angry and thought about why Eddie had to go. Therefore, he chose to write poems for him and release his sadness. Therefore, his son’s death inspired him to write Michael Rosen’s Sad Book. It’s definitely devastating to witness a son’s death, the guilt of not doing enough crawls all over. Thankfully, Rosen found his rock as Emma and started living his life fully.

Although he is hospitalized, let’s hope for the speedy recovery of the talented man.