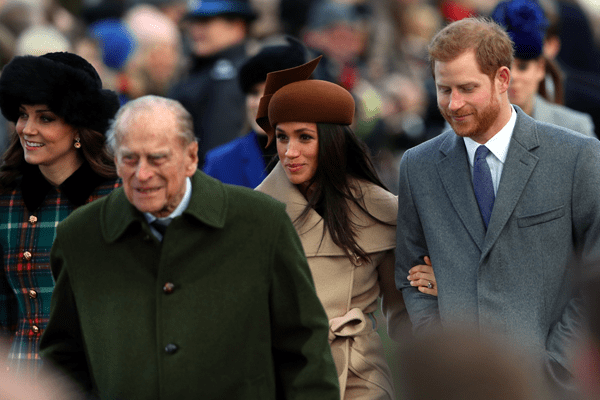 The annual Christmas morning walk to church at Sandringham is a Royal Family tradition, and #MeghanMarkle nailed her first one! ?

Meghan is the first fiancé to join the Christmas with Royal British family.

Meghan and Prince were paired by Queen Elizabeth II and Prince Philip as they stepped into the family’s longtime church in Norfolk near Sandringham.

Meghan made herself more royal by smiling the whole time during the visit. Her appearance was like of classic Royal family. She flaunted herself in a tan wrap coat with a pair of brown boots and a Chloe handbag to match. 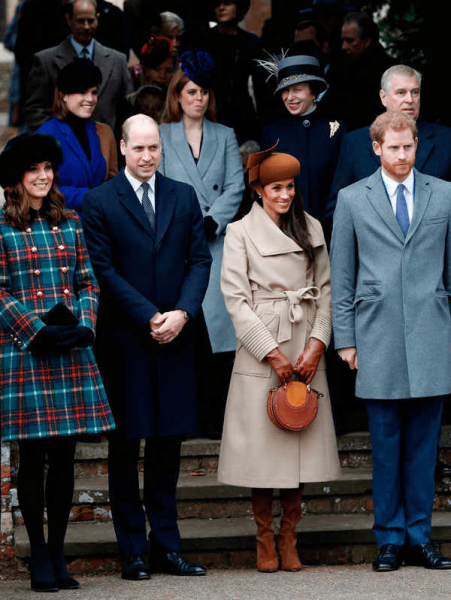 The pictures show she’s too cozy with Prince Harry keeping arm-in-arm with her future husband along with Prince William and Duchess Kate.

The area of the Church in Sandringham was filled with the crowds to welcome the Royal family. The crowds were wishing “Merry Christmas” as they passed.

Markle shined her broad smile waved the crowd in her first public appearance with the Queen. Meghan and Harry stopped and had a talk with locals on their way back to Queen’s residence.

Duke and Duchess of Cambridge, William, and Kate also stopped to talk with the locals who had long waited in the freezing weather for a chance to give greetings to the Royals.

The crowd was larger than the previous year. Is it due to Markle’s appearance?

After the engagement, Kate and Markle have been pictured together for the first time.

Queen Elizabeth  II, 91, and Philip, 96, couldn’t attend last year’s church service because they had the flu, but they seemed charming and healthy during Monday’s appearance.

Merry Christmas! The Duke and Duchess of Cambridge, Prince Harry and Ms. Meghan Markle have joined members of the Royal Family for the Morning Service on Christmas Day in Sandringham. pic.twitter.com/6DMRGFPntt

Really..All of us are really happy to see the happy family together. Merry Royal Christmas to the royal family!