Home / Who Is Melanie Olmstead That The Season 2 Finale of Yellowstone Was Dedicated?

Who Is Melanie Olmstead That The Season 2 Finale of Yellowstone Was Dedicated? 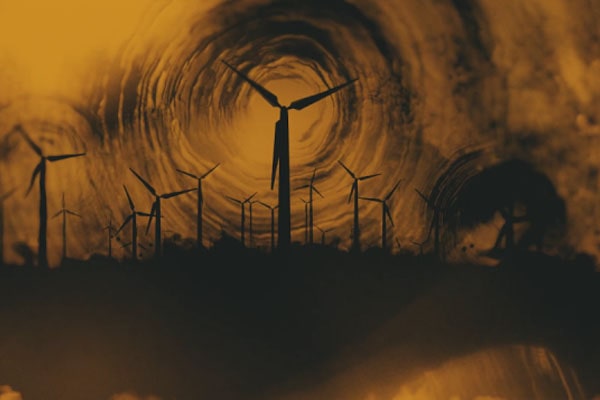 When Yellowstone’s season 2 finale aired, a name, Melaine Olmstead, reoccured time and again. Everyone is curious about who she is and what did she contribute to the American drama series. Olmstead is a wonderful woman who is a hit among her friends and family.

If you’re among the curious people, scroll until the end to find about the incredible soul.

Who Is Melaine Olmstead?

Born on November 15, 1968, Melaine Olmstead was among the crew members in Yellowstone and not a heroine, as many of us anticipated. A native of Utah, Melaine was adopted by a former military vet, Reid Howard, and his first wife, Janet Corbridge. Unfortunately, her adoptive mother was sick and died shortly after.

Olmstead’s father re-married Loa Rose Hanson aka Loa Rose Olmstead of Delta and shared their love for 34 long years. Their vows did come true, and they were apart only after Howard’s demise on June 11, 2016.

When a man wriggles in a human form, s/he is bound to leave the universe a beautiful day. No excuses for another 24 hours and no chance for even another seconds, you leave whether with regrets or with love. And miss, Melaine Olmstead died with love and tribute in her name.

According to Olmstead’s IMDb, she died in Salt Lake City, Utah, on May 25, 2019. She has worked as a driver for many movies and series such as Hereditary, Snatchers, Andi Mack, Wind River, Wild Horses, Point Break, Jackie & Ryan, 12 Dogs of Christmas: Great Puppy Rescue, John Carter, etc.

Furthermore, Melaine’s IMDb also mentions that she worked as a location assistant for the film, Primary Suspect. This proves that the wonderful person was pretty beautiful inside and out. Since God wants beautiful things for themselves, he invited Olmstead ahead of time.

The closing moments of the Yellowstone season 2 finale was dedicated to Melaine Olmstead with a title card. These cards would commemorate those who contributed significantly to the success of the project, and she owned it.

Since the Yellowstone was filmed in both Montana and Utah, the Yellowstone tribute is to a crew member as someone who worked on Utah-based productions. It was pretty clear about the fact that the dedication meant a lot to the crew members.

As the crew proceeds further and approaches more progress, Olmstead’s contributions will never be forgotten.

Melaine Olmstead was an avid animal lover. She had a big heart for horses and enjoyed their company. She had a horse named Mahogany, whom she cherished with all her hearts. There is not much left in her Facebook account, but the post that wished her beloved pet, Mahogany, on her birthday is beautiful.

They say a pet develops a deep connection with their human and tend to mourn their deaths for years. A similar case, Mahogany mourned her owner’s demise on May 25 and followed her to heaven in June 2019. The beautiful duo is together above.

Not just Melaine’s Mahogany, she would advocate any animals that were being mistreated or things that would harm them. Furthermore, she was an outspoken woman and would create petitions for the civil cause. People who were fortunate enough to be embraced by the vibrancy of such an incredible soul celebrated her life on June 29 and rode horses.

That’s a pretty darn, unique way to celebrate a person’s life. Melaine Olmstead and her horse, Mahogany, must have had grinned with pride and envy.

Was Melaine Olmstead In A Relationship?

It looks like Melaine Olmstead was openly a lesbian and was proud to be one. Melaine Olmstead’s wife, Annalise Ford, is utterly saddened by the demise. After years of dating, the couple had finally walked down the aisle in 2016 and were dreaming of their forever.

Unfortunately, Melaine could not fulfill, or promise of she chose the harsh way of making her vows “till death do us apart.” Melaine Olmstead’s cause of death is still unknown, but her demise has saddened plenty of souls.

Let’s hope the Olmstead family and Annalise is doing well in her absence. Heartfelt condolences and power to the family.

(Note: SuperbHub keeps Melanie Olmstead and her family in its prayers and decided not to put up any photographs of her because of privacy concerns.)