Love and misery in the new episode of Bachelor in Paradise 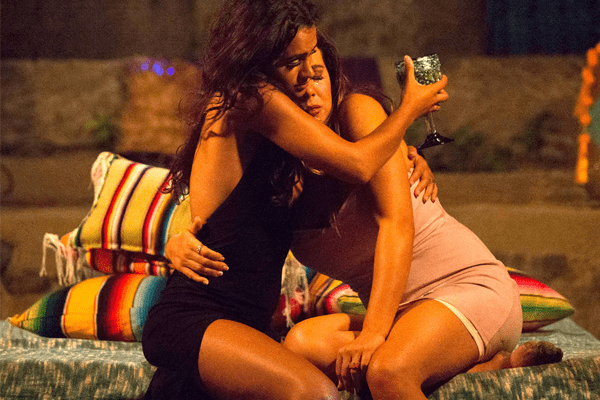 What happens in the Monday night’s episode of Bachelor in Paradise?

One of the first things that saddened us in the Monday night’s episode of Bachelor in Paradise was when Alexis put a dead crab in Jack Stone’s mouth that was blindfolded.  This not only became the first ever unique breakup situation in the history of Paradise but also cost Alexis, Stone’s rose.

We couldn’t have felt much sadder than for Jasmine who was high on thinking that she and Matt were one of the best couples on Paradise which later went on to get smashed after Christen entered. Matt went on to beg Christen to ask him out to find an escape. Christen accepted the request!

We also see Lucey getting fired up at Duffy or going out with Dominique immediately after they got back from one! Sarah seems to be paranoid to think that she’d find “real” love here and not be someone’s “second best”! It is evident that she is not finding it here!

Amanda gives Robby his first kiss which he states was “above and beyond”. Taylor and Derek, the golden couple of Paradise were also cast in the doom of Monday night’s episode when Derek literally used his epic “f—k you” on Taylor and could not simply pull out of it!

Did Christen and Matt take it too far?

The date between Christen and Matt was one of the most boring dates that Paradise has ever shown us. But Paradise is filled with back biters who are taking against Christen. Alexis reminds us how she was touched by Christen with her Scallop Fingers (which by the way e already know)!

Matt has decided to leave Paradise before the rose ceremony. He has left his women in the hands of Jack Stone best known as the serial killer. However, Christen and Jack Stone’s smooch gives us the beginning of a new romance in Paradise.