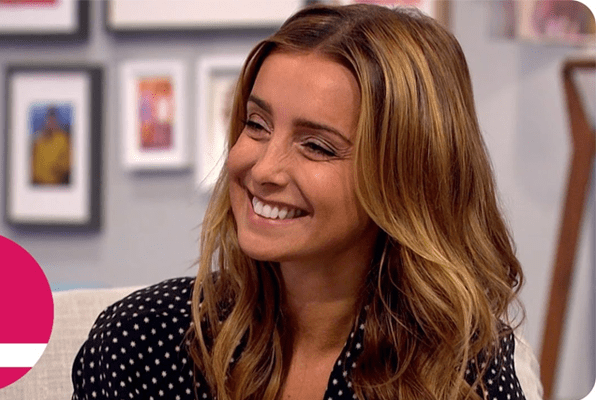 Louise Redknapp is back on Strictly Come Dancing

The 42-year-old pop star shared honestly that she had lost her confidence and almost pulled out of the show when she saw the younger contestants. Although, Louise did admit that it was the thing she loved. She revealed that first of all, she wanted to “get over the confidence of coming out being a mom at home”!

Photos of the yummy mummy sitting in a chair in a black bra and stockings for her new role in Cabaret have gotten us all excited about what she might bring to the table!

Louise’s dream of joining the Life is a Cabaret and musical theater has finally come true, she is joining the UK-wide tour where she will be playing the character, Sally Bowles.

What had Lousie Redknapp been doing all these years?

Louise Redknapp is back on Strictly Come Dancing but where had she been all these years? Lousie got pregnant with her first son, Charley 12 years ago. Since then she decided that she would be a stay at home mom taking care of her kids. She went on to have another son named Beau who is 8 years old.

Louise left the limelight so that her footballer husband Jamie Redknapp could focus on his career. Louise put herself last and sacrificed a decade worth of career for her kids and her husband.

#jamieredknapp is one of my style icons along with #davidbeckham He really wears the staples of a mans wardrobe perfect. A lot of his style inspirations to follow on this page #wearthis #smartcasual #celebfashion #mensfashion #menswear #leaguetheirown #mensstyle #whattowear

Finally, Louise Redknapp is back on Strictly Come Dancing and we admire her for her sacrifice and confidence to now stand up and be ready to show that the world what she has got. Louise’s friends have also shown support to this bold move of hers to take the center stage after so long!