Home / Lesley Murphy and Boyfriend Dean Unglert Dating. And might get married soon!

Lesley Murphy and Boyfriend Dean Unglert Dating. And might get married soon! 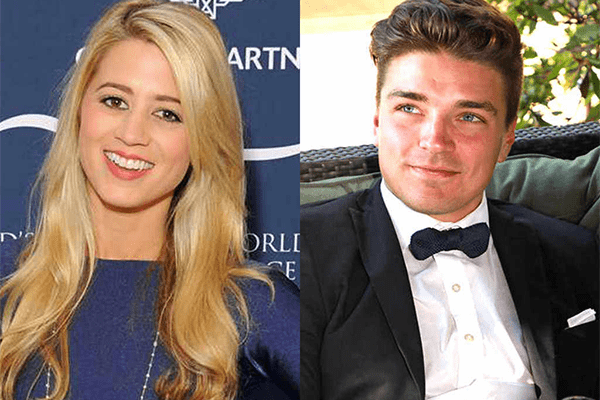 According to US weekly, they were holding hands walking through the party. They looked much like a couple as they stood by themselves. Lesley Murphy’s boyfriend Dean Unglert was looking cozy with her and they were talking mostly to each other.

E! News reported that the couple looked amazing but weren’t supposed to be in public yet. Despite the Public appearance, the sources said that Lesley Murphy’s boyfriend is really happy with her. Both are goofy and have fun together.

The insider said that things are pretty serious and the couple is exclusive. They have been spending more time together since the show ended filming.

The couple met at the shooting of The Bachelor Winter Games since January 2018. Dean being very charming might have attracted Lesley.

According to US Magazine, Leslie and Dean have been liking each other’s  Instagram Posts since December 2017 and sharing images of the travel blogger, Leslie. As of now, there is no news on when the couple will get engaged or married.

Since the couple has made their public debut, they are yet to speak on their relationship. Until now, neither Lesley Murphy’s Boyfriend nor she has uttered any word to confirm or denied the dating news. Their silence on the maybe-relationship doesn’t much prove the relationship rumors.

It can be speculated that the couple is trying to stay low right now despite being a couple until the February 13 premiere of The Bachelor Winter Games.

Dean was featured in Rachel Lindsay’s season of the Bachelorette and season four of Bachelor In Paradise. During his time in Paradise, Unglert became infamous for his love triangle with Kristina Schulman and Danielle Lombard.

May I have the honor of you being my Valentine? But not just for today! @lesleyannemurphy #fatfitcouple #puertorico #models #happy #valentines #funtimes #adventure

Lesley Murphy previously was in a relationship with Puerto Rican model Julian Rivers. Julian on April 10, 2017, had posted a photo of him wearing a pink shirt(in honor of his girlfriend Lesley Murphy, Breast Cancer) holding Lesley.

Lesley had to undergo reconstructive surgery after getting a double mastectomy. Her mother is a breast cancer survivor as well. Julian seemed very supportive and followed with her till the surgery. Lesley was last mentioned on September 4, 2017, in Julian Rivers’ Instagram.

The couple had been together for a long time and traveled many places together. They might have parted ways through mutual understanding.

Lesley Murphy started her Travel Blog The Road Les Traveled and has traveled more than 50 countries. She graduated from the University of Georgia. She has a B.A. in Broadcast News and a B.S. in Psychology. Lesley professionally worked for New Partners, a communications firm.

Stay connected with us for more updates on Lesley Murphy’s boyfriend, marriage, relationship and career details.

If you’re hiking with your hair down and your shirt on, you’re doing it wrong? https://t.co/31zEhqaxaz pic.twitter.com/AU6LJIt2ZH

If you’re hiking with your hair down and your shirt on, you’re doing it wrong? https://t.co/31zEhqaxaz pic.twitter.com/AU6LJIt2ZH