Home / Larry King Net Worth – How Much Was He Earning In His Peak?

Larry King Net Worth – How Much Was He Earning In His Peak? 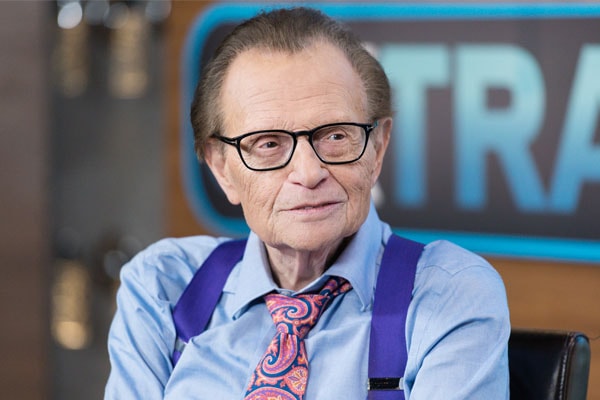 Larry King‘s net worth is estimated to be $150 million. He was earning around $30 million annually during his peak time period. Larry has managed to accumulate such a huge amount of fortune throughout his career as a television and radio host.

Larry King was born as Lawrence Harvey Zeiger and raised in Brooklyn, New York, U.S. He has been married eight times and has five children with different women. He is best known for hosting the show Larry King Live on CNN.

As mentioned above, Larry King’s net worth is estimated to be $150 million. He is an American television and radio host from which he has managed to acquire such a huge amount of wealth.

Larry King gained his first job in radio working as a disc jockey. At that time he was paid $50 per week. The station manager suggested him to change his name and two years later he legally changed his name to Larry King. 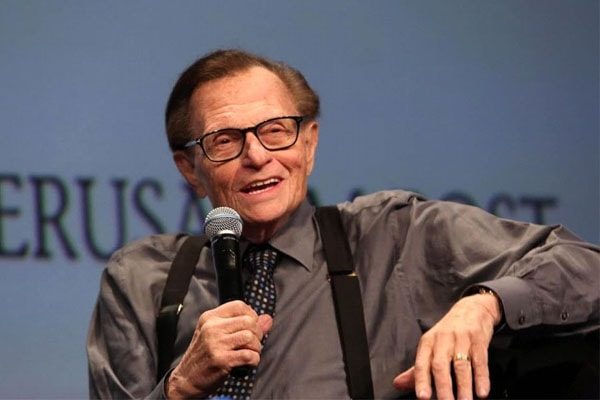 Larry King is an American TV and radio host with a net worth of $150 million. Picture source: The Jerusalem Post.

After that, he appeared in TV shows and began hosting the TV show Miami Undercover. Later he began working as the assistance of comedian Jackie Gleason. He also worked for several years for WIOD.

After 1978, Larry started to work on the National Radio broadcasting the Open Phone America. We bet Larry must have received a considerable amount of money for his work as a radio host.

Then in 1985, Larry King started to host a show under his name Larry King Live on CNN which aired till 2010.  His last show is the American political talk show Politicking with Larry King which aired on Hulu, Ora TV, and RT America from 2013 until Larry King’s death on 23 January 2021 in Los Angeles.

In the show, he used to interview guests from controversial figures, prominent politicians, alleged psychics, scientists,s and many leading figures of the entertainment industry.

According to CNN, Larry King had conducted over 30 thousand interviews in his career. And when he was in his peak,  Larry earned $30 million a year.

He had remained active as a writer and TV personality. Larry had also founded the Larry King Cardiac Foundation, which helps to pay cardiac patients who couldn’t afford the treatment. Larry was a generous man and had donated a lot to different organizations including Beverly Hills 9/11 Memorial Garden.

in 2019, Larry King filed for a divorce against Shawn King after 22 years of marriage. He had married a total of 8 times and Alene Akins is one of them.

Well, Larry could possibly be sharing some amount of fortune as alimony from his net worth as well.