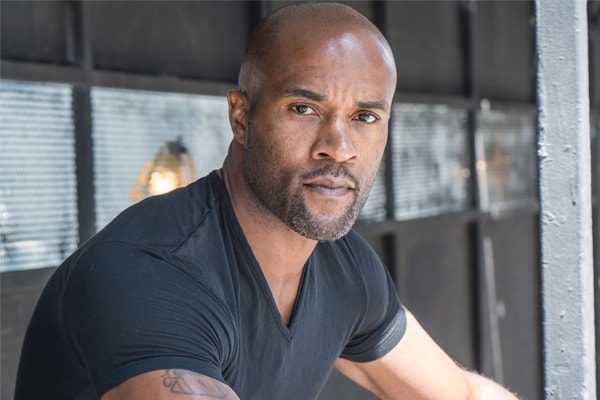 LaMonica Garrett is happily married to his longtime girlfriend Mina Ivanova. The couple got married on 27th April 2017. The couple has never refrained from showing their immense love to each other. Mina has time and again gone to her Twitter and Instagram to show love for her husband. She tweeted that she is happy and proud of Garrett for being selected as a cast member of Sons of Anarchy.
The couple received their marriage license on 15th February 2017 in Beverly Hills Courthouse.

Then in April 28th Mina showed her excitement of getting married and tweeted, “Let’s do this”.

Mina went on to post the adorable picture of her wedding day with her husband in 11th June on her Instagram account. The couple seemed to have a perfect day as the smiled away in the Malibu West Beach Club.
The relationship seemed to be running smooth.

Are LaMonica Garrett and his wife going to be parents soon?

Now there have been rumors that the couple might be pregnant. Is it true? The rumor started to spread when LaMonica Garrett tweeted to Mina wishing her “Happy Mothers Day”.

The curiosity level of his fans rose to great heights who made assumptions that Mina might actually be pregnant with their baby.
But the rumor got a new twist when Mina shared an Instagram picture of herself with her husband and a happy looking young female. The child with braces looked too happy in the family picture along with Mina and LaMonica which made people think that the couple might just have adopted a child. Mina captioned the picture “#Family” and gave no such clarification of the child the couple was photographed with.
The couple has since made no comments about whether they are parents or not. However, they seem happy in their respective field of work and family life. We wish the best for the couple!