Home / Sports Writer Kate Fagan has begun her lesbian love story with her partner who previously had a husband!

Sports Writer Kate Fagan has begun her lesbian love story with her partner who previously had a husband! 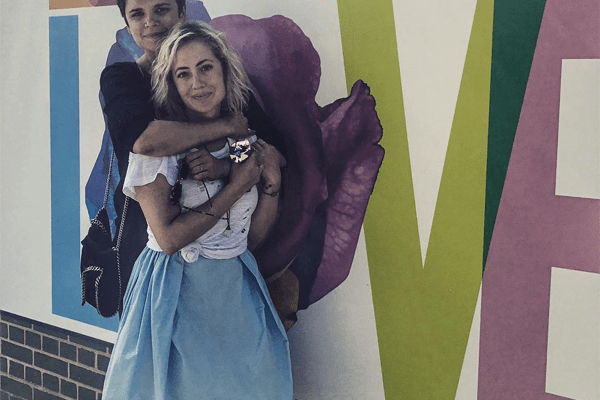 The newest episode of @espnw ?FREE COOKIES? (link in bio!) is LIVE. It’s obviously super funny, as represented by this pic, where I say something that just totally cracks up @kathrynbudig. We’re also joined by the badass folks from @thugkitchen, who share their origin story, swear the entire interview, and also get real about the controversy surrounding the name of their brand. Plus, the (wicked) awesome @candicekumai swings by with a Wellness Cookie. #espnw #freecookiespodcast #thugkitchen #candicekumai

Fagan’s new partner is a yoga instructor. The world got to know Kate Fagan’s lesbian love story with Kathryn when she posted a lovely picture of them together on Valentine’s Day this year.

She captioned the picture calling Kathryn the “loveliest human”. Kathryn was previously in a relationship with her husband. Kathryn has also posted pictures of herself with Fagan.

Fagan followed the Christian faith when she landed in Colorado. Kate Fagan is known to have friends whom she went on the church with. At the meeting of Fellowship of Christian Athletes the topic about sex made her realize that she had two choices wither to go along pleasing the faith she followed or to stick on to her true sexual orientation and she definitely chose the latter one.

However, Kate had not revealed her true sexuality in front of anyone except 3 of her friends. Kate has often talked openly about her sexuality. She revealed in an interview that in Women’s sports it is assumed that a person is “assumed to be gay” unless they have a boyfriend. Kate Fagan also shared that the WNBA is eventually embracing “otherness”.

What is Kate Fagan currently up to in her career as a sports writer?

Kate Fagan began writing for the Philadelphia Inquirer since 2008. She is also known to have worked as a sports writer for ESPN. She has also appeared in various ESPN shows.

Along with her new partner Kathryn Budig she has also hosted an ESPN podcast called Free Cookies. Kate Fagan and Kathryn Budig have been living happily together!