American Actress Jillian Murray renowned for portraying the role of Portlyn on Sonny with a chance and her appearance on the cult horror The Graves. Hailing from Reading, Pennsylvania Jillian relocated to Los Angeles to pursue her acting career.

Jillian and the American Idol Alum Geyer had met on the set of the movie Never Back Down 2 seven years ago. Geyer says that he had known from the beginning that he liked Jillian as they shared the same beliefs, countless passions, and interests.

Dean had originally planned to propose his love Jillian in Australia but had to change his plans when Dean found his to-be-bride couldn’t make it for their holiday tour.

Quickly and swiftly Jillian’s boyfriend Dean had to change his plans and decided to propose her in a photo booth. Dean sure wanted photos with his gorgeous girlfriend and yet a private and special moment.

The couple at first attended a Broadway Play and then Jillian Murray’s Husband took her to a photo booth and kneeled down on his knee while the camera flashed capturing the magical moments. Jillian’s wedding band was her dream ring, a superb 2-carat diamond ring. 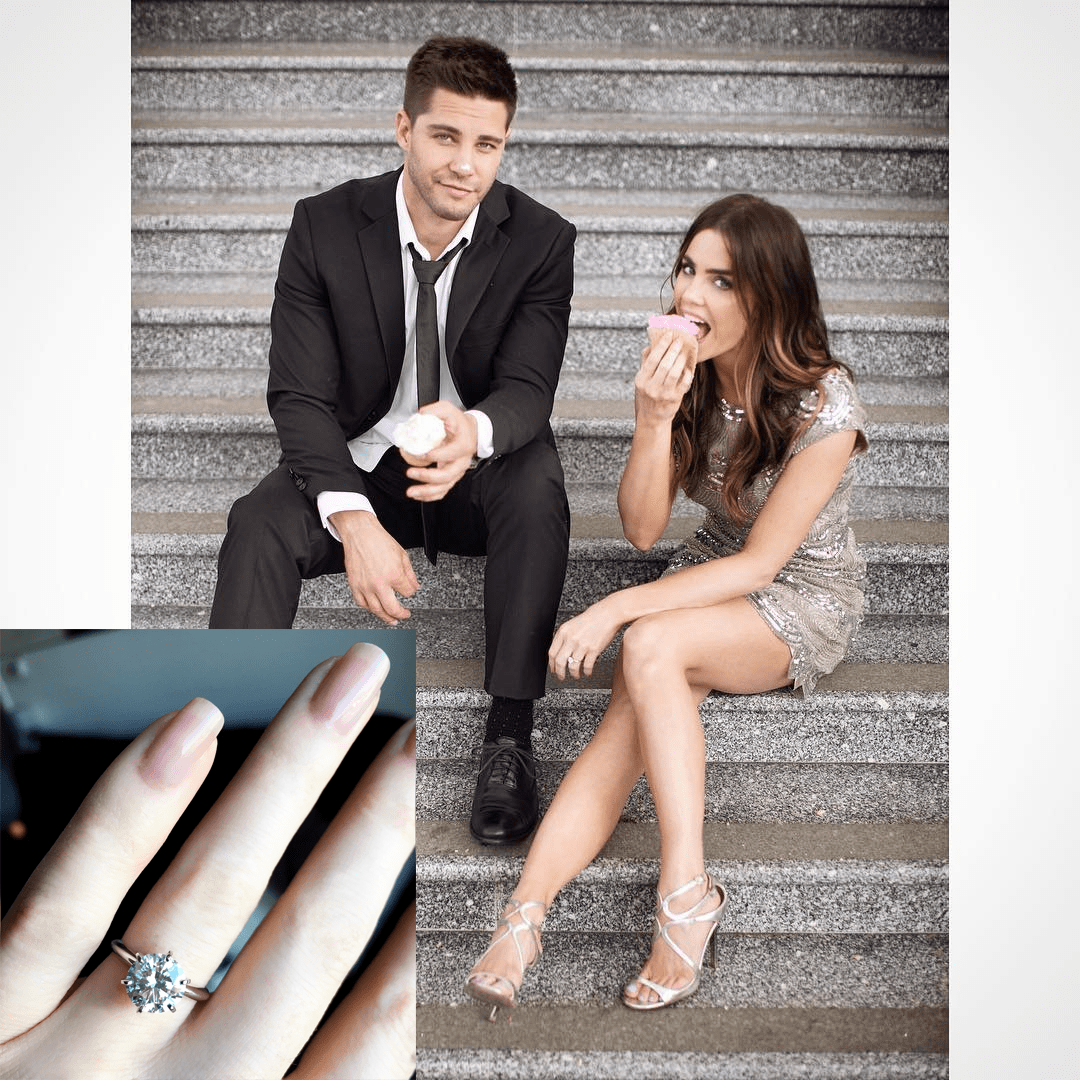 Following Jillian’s engagement with Dean in December 2016 the couple exchanged their vows in front of 75 close friends and families. Jillian and Dean’s wedding was held at a boutique venue in Santa Ynez, California on September 14, 2017.

Jillian Murray’s marriage to Dean Geyer was attended by 75 close friends and families.

The ceremony as lavish and glamorous, reception had featured designs of Rrivre Davies of Rrivre Works and Murray had reported everything was perfect.

Jillian Murray’s Husband told people that she’s the love of his life, Dean had not seen how beautiful his bride Jillian had looked in her wedding dress until she walked down the aisle.

Jillian Murray’s marriage with her Husband Dean Geyer was held at a boutique venue in Santa Ynez, California on September 14, 2017.
Image Source: People

Murray and Geyer’s wedding cake was cut into three- butterscotch, cookie dough, and brownie flavored made by Enjoy Cupcakes. The three-storied cake featured the couple and their dog Lyric.

Watch Murray and Geyer’s exclusive behind the scenes footage of their photo shoot.