Home / Jasmine Armfield in a dating relationship with rumored boyfriend? Is she single ?

Jasmine Armfield in a dating relationship with rumored boyfriend? Is she single ? 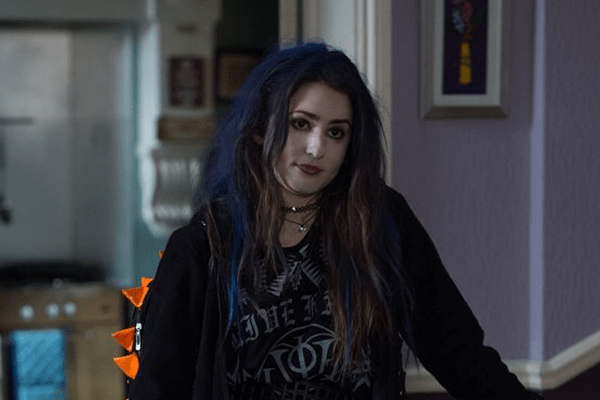 Jasmine Armfield’s dating affair rumors have been quite prominent in the past years. This might also be because she has been slowly rising as a prominent actress. The British beauty, Jasmine was said to be romantically involved with her co-star Shaheen Jafargholi. Jasmine Armfield acts as the character Rebecca Fowler while her co-star Shaheen Jafargholi acts as the character Shakil Kazemi.

The two have appeared at each other’s love interest in the series EastEnders. Thus, the audience assumed that the two are lovers in real life as well. Jasmine and Shaheen were spotted I many public events together and thus the reason for the assumption of their affair.

Jasmine Armfield, however, went on to make a clarification about the nature of their relationship in twitter. Jasmine Armfield tweeted that Shaheen and she were “not dating”.

Can I just clarify that @shaheenofficial and myself are not dating. He is simply my bestest friend??

She also shared that Shaheen was nothing but her “bestest friend”. Jasmine has thus made it clear that she is not dating Shaheen and there is no relevant information that Jasmine is currently dating anyone. So it is very much true that Jasmine Armfield is single at present.

Jasmine Armfield is busy with her career rather than being in a relationship with anyone. She has been working exceptionally well as Rebecca Fowler in EastEnders.

Jasmine Armfield’s personal life shows that she is the youngest kid in her family. She has a sister named Jessica Armfield and a brother named Samuel Armfield.

Jasmine has also posted many times in her twitter regarding her family. Jasmine posted a tweet in May 2016 wishing her mother a “happy birthday”!

Happy Birthday to my wonderful father @jimmybye ! I hope you have a lovely day. Also VERY excited for this fiveguys later?????

She has also wished her father a “happy birthday” in February 2017 which shows that she is close to her family. She is often seen with her parents and siblings.

Jasmine learned acting from the Wickford’s Pauline Quirke Academy for the Performing Arts before she ended up as a cast of EastEnders!