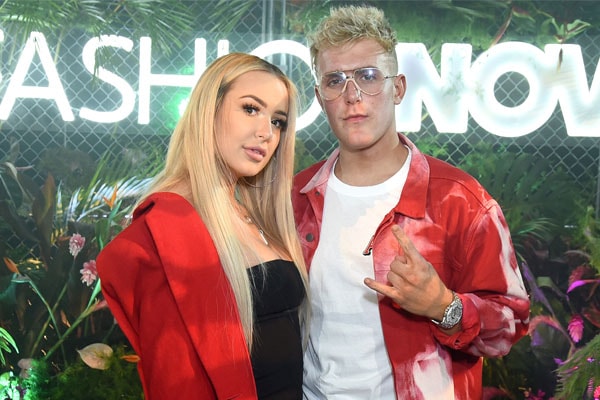 However, Tana Mongeau’s ex-girlfriend Bella Thorne doesn’t seem to be taking the news well. She shared two photos on an Instagram post in which she was crying.

According to E! News, the YouTube stars Jake Paul and Tana Mongeau are set to get married after getting engaged in Las Vegas. The couple was celebrating Tana’s 21st birthday in Sin City before he popped the question. 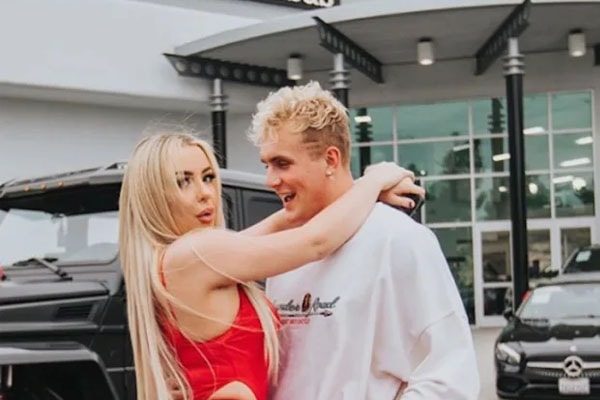 Jake Paul along with his fiance Tana Mongeau. Picture Source: The Hollywood Gossip.

According to some source, Jake brought Tana on the stage complete with sparklers. He then got down on one knee and pulled out the ring while the screens behind him were showing, “Tana, will you marry me?” He also had ordered three-tier cake where it was written: “Will you marry me, Tana?” with a giant ring on it. The newly engaged couple celebrated and enjoyed the performance of the rapper Fabolous.

Tana Mongeau went to Twitter and tweeted: “I’m engaged……” When someone asked if the announcement was a joke, she replied it was not a joke. She also showed off her massive diamond ring on her Instagram story.

Prior to their engagement, Jake also gifted his soon-to-be wife Tana Mongeau, a wonderful Mercedes car.

After Tana tweeted about her engagement, her ex-girlfriend Bella Thorne quickly reacted. Thorne shared a slide picture of herself crying on her Instagram. She captioned the post “When ur ex gets engaged” followed by the crying emojis.

Bella posted a picture of her ex-partner Tana on her Instagram wishing her birthday, some hours before she knew the news about engagement.