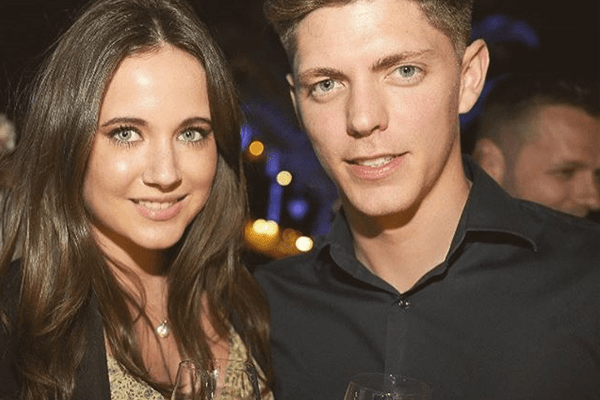 Madeline Duggan’s dating affair is very much true! Her fans were really excited when she began posting pictures of herself with a man on her Instagram account. It all began when Duggan posted a cozy black and white picture of herself with her man on Valentine’s Day. She posted the picture “Valentines night”. So it is pretty much clear that she is in a relationship.

The couple recently celebrated Duggan’s 23rd birthday as well.  Madeline posted a picture of the couple having a romantic date while Kit made an annoyed yet adorable face. She captioned the picture “Been together 5yrs this year &

Been together 5yrs this year & this is the best photo I’m getting. ? cheers Kit

this is the best photo I’m getting.”!

Kit is three years older than Madeline. The couple celebrated Kit’s 26th birthday with some wine and dinner along with a few snaps.

Apart from her boyfriend Kit, Madeline seems very close with her mother. She frequently posts pictures of herself with her mother on her Instagram account. She posted a picture of her mother to celebrate mother’s day. The photo also included one when she was a child with her brother. The picture was very adorable and Duggan’s fans might surely have melted!

Happy Mother’s Day Mum. We love you so much ❤

Madeline also posted a picture of her grandfather, her father on her Instagram account to celebrate father’s day. The picture also included her boyfriend Kit. So apart from the wish, she added “Apart from Kit he has no children lol I hope”.

The couple seems to have an adorable relationship till date. There have been no disputes and unlike other celebrity couples these two have been loyal to each other and seem to have a bright future together.