Home / Is Aubrey Peeples in a dating relationship with new boyfriend or too busy for relationships?

Is Aubrey Peeples in a dating relationship with new boyfriend or too busy for relationships? 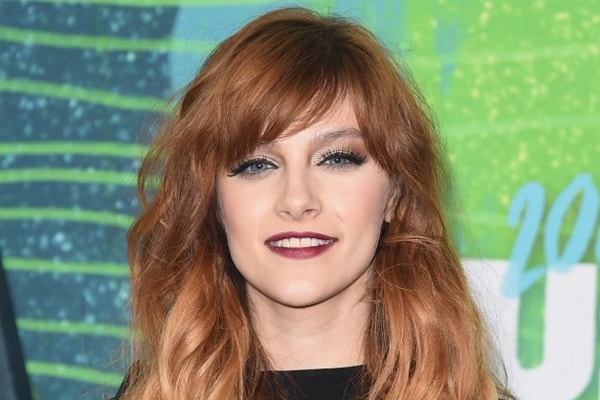 “Nashville” musical drama series actress Aubrey Peeples seems to be smiling not just for a successful professional career but an equally triumphant and smooth running personal life. The main question at present date is if Aubrey Peeples is dating anyone. Is Aubrey very much involved in her professional life?   Let us get into the details of Aubrey Peeples’ dating affair!

Aubrey Peeples character in the TV series Nashville is a sad one where her character marries her husband and then gets divorced. Aubrey’s character shows a sad love story but the same cannot be said in her real life. Aubrey off screen is a very jolly person who has a lovely relationship. Yes, Aubrey Peeples’ is in a relationship with her boyfriend. Aubrey Peeples’ dating affair is very much like a fairy tale and is openly visible for the public to see.

Aubrey has posted numerous pictures of herself with her boyfriend to display the affection that the couple shares. They definitely are couple goals for the present day couples.

How is Aubrey Peeples’ dating affair with boyfriend going on?

Aubrey Peeples’ is in a relationship with her boyfriend Daniel Donato. Their relationship is widely visible on their Instagram account. It seems that the couple is very much in love with each other. Aubrey Peeples posted an Instagram picture of the couple sleeping adorably and captioned the picture, “I miss bear”. This shows that her love for Donato is unparalleled.

Aubrey Peeples and Daniel Donato have not officially confirmed their relationship but it now seems that they do not really need to since most of their personal life is on display for the public to see and envy!

The couple is definitely an adorable pair. As per her social media activities, it seems that Aubrey calls her boyfriend with the sweet name “bear” which itself gives her fans the good-feels. In an Instagram picture that Aubrey posted of herself grabbing Daniel by the hips, Daniel confirmed “yes” when a person said that Daniel was “the luckiest man ever”.

Aubrey Peeples seems not just focused on her dating relationship with boyfriend Daniel but also in her professional career as well. Peeples is playing the character Layla Grant in the TV series Nashville and has been doing exceptionally well. She has earned huge recognition and appreciation from her work.