Home / How Rich is Tekashi 6ix9ine? Tekashi’s Earning From His Rap Career

How Rich is Tekashi 6ix9ine? Tekashi’s Earning From His Rap Career 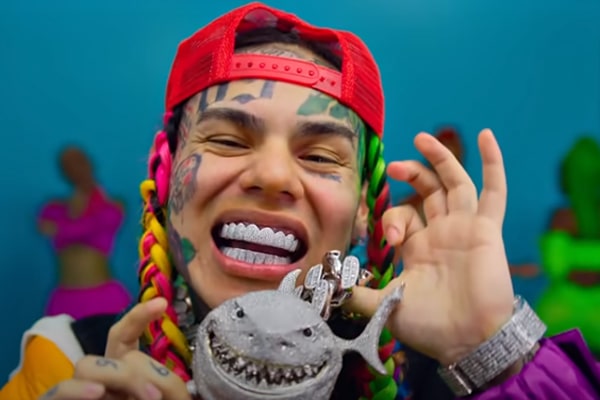 One of the most controversial rappers Daniel Hernandez aka Tekashi 6ix9ine‘s net worth is estimated to be $4 million. He has become able to pile up such a huge amount in his wealth through his career as a professional rapper.

Tekashi 6ix9ine was born on May 8, 1996. He is professionally known as 6ix9ine pronounced as “six nine.” He has got one child, a daughter Saraiyah, with his ex-girlfriend Sara Molina. 6ix9ine was imprisoned back on November 2018 due to his involvement in racketeering, drug distribution, weapon possession, and conspiracy to commit murders.

As mentioned earlier, Tekashi 6ix9ine’s net worth is estimated to be $4 million and he has gathered such a huge amount in his net worth from his aggressive style of rapping. 6ix9ine kicked off his career in 2014. Over the next three years, he released multiple soundtracks and videos including “Yokai”, and “Hellsing Station.”

But he shot to the fame as an internet meme for his excessive tattoos, rainbow dyed hair color, and rainbow plated grills. On November 10, 2017, he released commercial debut single “Gummo” which peaked on number 12 of the countdown on US Billboard Hot 100.

In 2018, 6ix9ine  stirred up controversy where he was found in shooting with an entourage of fellow Caswell Senior as part of a feud. This led him to lose a  $5 million headphone deal and getting banned from the Barclays Center.

For some months of this incident, he did not release any songs. Afterward, he released his eighth single mixtape featuring Nicki Minaj and Murda Beatz. On November 7, 2018, he announced his debut studio album, Dummy Boy which got canceled and got postponed but eventually it got released without any notice.

In June 2018, Tekashi got hospitalized after he was pistol-whipped, kidnapped and robbed of nearly $660,000 by 2 masked men where he nearly faced being shot.

Despite being involved in controversies, 6ix9ine was actively involved in charitable activities as well. He has supported much-underprivileged communities financially. In September 2017, he visited his native Bushwick and made a donation to the students.

During his shoot to the Dominican Republic, he donated $100 bills to residents in that area. Apart from that, during his feud in 2018, Tekashi handed out some cash and foods to the local residents of  Southside Chicago.

He, from his percentage of proceeds from sales of his eighth single mixtape Fefe, decided to donate to various youth programs in New York.

6ix9ine is surrounded by several controversies. In 2015, he released a video with a 13-year-old minor girl whom he used for pleasure activities. He faced imprisonment for posting an adult video of a minor girl. Besides that, he also was involved in assaulting cops and government administrators.

In July 2018, he allegedly choked a 16-year-old teenager, but the charges of this act dropped after the teenager decided not to take any legal action.

In February, he pleaded guilty on nine charges including racketeering, firearm offenses, and others. He, with the discussion with the prosecutor, disclosed much information that many violent people were associated with the same criminal enterprise. Well, all his controversies led him to his imprisonment for 47 years but could be less under his plea deal.