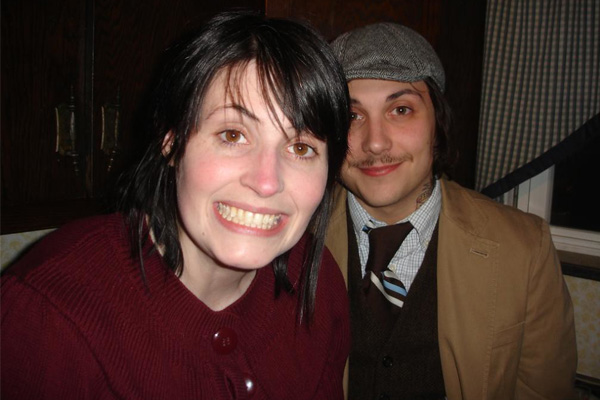 Frank Anthony Iero, Jr., aka Frank Iero, is in a marital relationship with Jamia Nestor since 2007. The beautiful pair together share three children, twin daughters Lily Iero and Cherry Iero, and a son Miles Iero.

Frank is a famous American musician who was the rhythm guitarist and also a backup vocalist of the legendary band My Chemical Romance. Frank Iero’s wife Jamia Nestor was born on July 8, 1982, in the United States.

The pair of Frank Iero and Jamia Nestor first met in 1997 during their high school days when they were both classmates. After nine years of dating, Frank proposed Jamia on May 25, 2006, and got engaged during the recording of MCR’s song, The Black Parade. After one year, the beautiful couple got married in 2007. 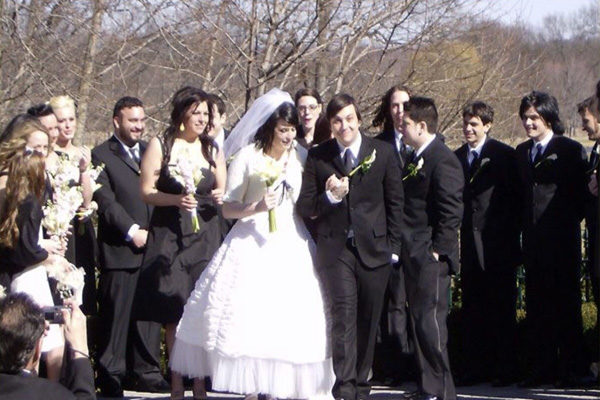 Jamia also used to go to My Chemical Romance’s concert tours along with her husband, Frank. Above all, Frank Iero and Jamia Nestor’s love seems to be immortal and have been living happily together since 2007. There was also a rumor that Frank Iero is gay. However, after marrying Jamia Nestor, all the doubt was clear.

Jamia Nestor’s net worth hasn’t been revealed yet. Similarly, her husband, Frank Iero’s net worth is $16 million, which is massive.

After three years of marriage, Frank Iero became the father of a twin daughter after Jamia gave birth to  Lily Iero and Cherry Iero on the 4th of August 2010. The birth news of the cute twins was announced on the My Chemical Romance website. Also, after two years of the birth of twin daughter, Jamia and Frank were blessed with one lovely son named Miles Iero, born on April 6, 2012.

Frank Iero and Jamia Nestor’s children also seem to enjoy their father’s concert, and back in the year 2015, they joined him on the stage.

Sources claim that their twin daughters and son are going to an elementary school.

Frank and Jamia’s love is ever-lasting. And even after all this year, the pair is still so in love with one another.