Is Emma Stone Engaged to Her Filmmaker Boyfriend Dave McCary? Her Diamond Ring are Sparking Hints! 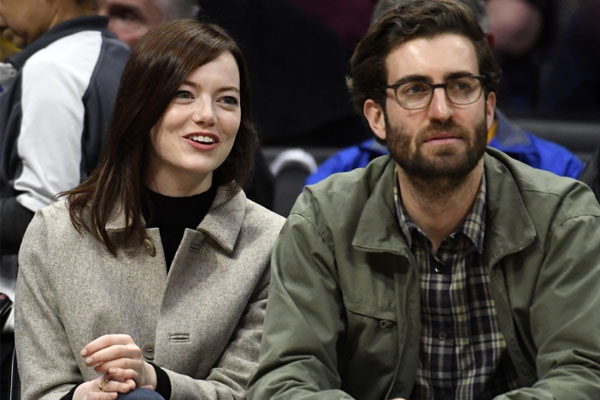 Emma Stone is in a relationship with Dave McCary. Image Source: Getty Images.

Emma Stone is currently in a relationship with Dave McCary. The beautiful duo has been dating since August 2017. Plus there are rumors revolving around whether or not the pair are engaged.

Emma Stone is a famous American actress who is best known for winning Oscar and also for being one of the highest-paid actresses in the world in 2017. Similarly, her boyfriend Dave McCary is an American filmmaker famous for his work in the movie Brigsby Bear.

Is Emma Stone Engaged to Her Filmmaker Boyfriend Dave McCary?

On April 4, 2019, Emma Stone was spotted wearing a beautiful diamond ring on her left-hand finger that made a rumor on media that Emma and Dave got engaged. Later both of them denied and said that it was just a casual diamond ring. 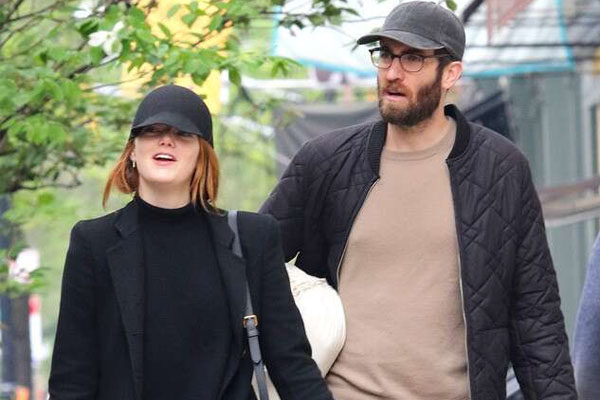 There was a rumor that Emma Stone And Dave McCary got engaged. Image Source: Joker.

However, fans are eagerly waiting for them to get engaged in real and are also waiting for Emma and Dave take their relationship to the next level.

The lovely couple of Emma Stone & Dave McCary first met in December 2016, on the set of Saturday Night Live, when Emma hosted the show, and Dave directed the sketch. They have been dating since August 2017, but they kept their relationship under wraps for several months. However, in November 2017, it was out in the media.

The beautiful pair are often spotted together in different award functions and movie premiers. Emma and Dave also walked together in a red carpet at the Screen Actors Guild Awards.

On January 18, 2019, both of them were seen during the Los Angeles Clippers game, and on February 24, 2019, Dave was sitting next to Emma during Oscar Awards. Both Emma and Dave are enjoying their low-key relationship without any sign of dispute.

Before Dave, Emma was in a romantic relationship with The Amazing Spider-Man’s star Andrew Garfield. The ex-pair of Emma and Andrew got separated in 2015 after four years of relationship. Though they have parted ways, the ex-couple are often seen in different functions as good friends.

Emma has been linked to many people in the past, such as Teddy Geiger, Kieran Culkin, the younger brother of Macaulay Culkin. And as for Emma’s ex-boyfriend, Andrew is currently dating model Christine Gabel.

Best Wishes to Emma Stone And Dave McCary and their love life!