Home / Edward Holcroft gay rumors come to a rise after his upcoming BBC film role! Does he have a secret girlfriend?

Edward Holcroft gay rumors come to a rise after his upcoming BBC film role! Does he have a secret girlfriend? 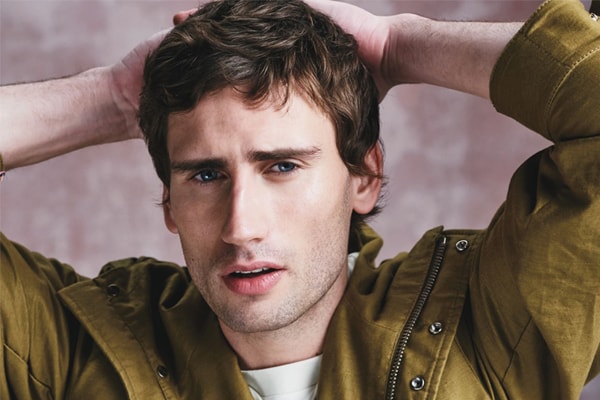 Is Edward Holcroft gay as the rumors say?

Edward Holcroft, 27, has been seen in the movie, Kingman and also appeared in Wolf Hall as character George Boleyn. However, the buzz that he might be gay arose since the time he was cast as a gay spy character in the upcoming BBC film.

When the paparazzi tried to dig into his personal life and dating affairs not much were found since he is reluctant on being vocal about his personal affairs. Thus the media and public collectively termed him to be allegedly gay.

Actress Cressida Bonas was spotted with a mysterious man when she walked out the Mayfair restaurant in the back of a taxi. The world was trying to unsolved the mystery of the man sitting next to the gorgeous lady. Turns out it was none other than Edward Holcroft himself. Holcroft and Bonas were seated next to each other at Wimbledon which cleared all the rumors of Edward to being gay as his BBC character suggested.

How is Edward Holcroft’s dating affair with a new girlfriend going on?

Edward Holcroft and Cressida Bonas seem to be very much in love as they looked cozy with each other at the Wimbledon. Edward seems to be perfectly managing his personal and professional life at hand. The couple met last year through mutual friends. Freddie Fox shares an agent with both Holcroft and Bonas. The couple has many common friends.

The actor was most recently termed as the UK star of tomorrow by Screen Daily the past year. Edward Holcroft is the son of Patrick Holcroft who is the Lord of Worcestershire. His acting career might have started at a slow pace, but he is catching up to the speed of the acting arena and has been doing remarkable work. We can’t wait for his upcoming movie!