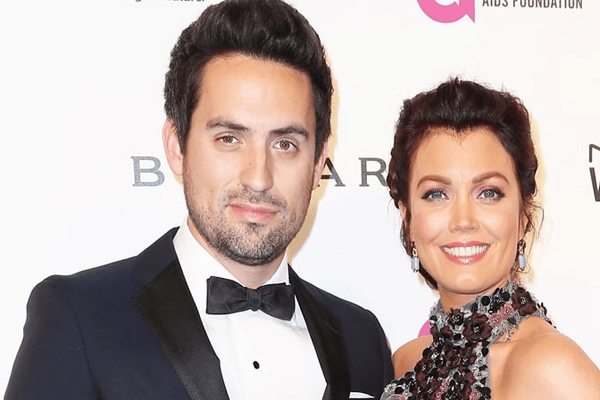 Photo Source: usmagazine
Ed Week might just look like he is about to make some serious commitment this time of the year! Why do we say so? Well, that might be because Ed Week displayed some major PDA with a mysterious girl at Elton John’s AIDS Foundation Oscar Party. This only proves that is seriously fooling around or he is totally smitten by his new lady love! Ed Week’s affair rumors have been strong after the PDA. Is the mysterious girl really Ed’s potential wife? Are Ed Week’s affair rumors true? Let us find out more about it!

Ed Week seemed weak on his knees as he looked very much smitten by his lady love at the Elton John’s AIDS Foundation Oscar Party. The night turned quite scandalous for Ed Week when he showed some major PDA moment at the party.

He was spotted whispering to his lady love while he wrapped his arms around her and pecking a kiss on her neck. They seemed flirtatious together and could not keep their hands off each other. But who is the mystery, girl?

The mystery girl is known to be Bellamy Young. Young is an actress known best for her role in Scandal. Apparently, it is not the first time that Ed Week has shown off his lady love in public. Ed has also posted an adorable picture of Bellamy in his Instagram account captioning it “Found this angel by a canal”!

Found this angel by a canal @bellamyyoung

Also, he posted a picture of himself attending the White House Correspondent dinner with Bellamy. He captioned the picture, “Annoying my date”! If this is not loving we don’t know what is!

Is the couple still in a relationship? If so, do they have a future together?

The couple has not been so high on walking out in the public together most of the time. However, this public display of affection definitely proves that the couple might be somewhere in their relationship. It has been long that the couple has not been posting pictures of each other which might possibly mean that they are not together or are simply friends. But the PDA is certainly hard to overlook!

We hope that amidst his busy career in The Mindy Project, Ed Week finds time to love and show the world that he has loved!