After seven years of togetherness, they exchanged their engagement rings and took their relationship to a next level. Darren Criss made an official announcement via social media, Twitter and Instagram. Moreover, Darren wrote a beautiful caption that says,

“Mia and I have seven and a half years of fun, wacky, wonderful, CRAZY adventures together. And I ‘m happy to announce that we’re kicking those adventures up a notch. We’re going for it.To boldly go where neither of us have gone before. Engage.”

Also, emoji of rocketship and ring made the caption even more romantic.

Mia and I have had seven and a half years of fun, wacky, wonderful, CRAZY adventures together. And I’m happy to announce that we’re kicking those adventures up a notch. We’re goin for it. To boldly go where neither of us have gone before. Engage. ???

Darren explored his engagement with joy. Though, engagement date and images are yet to reveal.

Are Darren Criss and Mia Swier getting married in 2018?

To be with the same dating partner is unusual in Hollywood industry. Unlike, Darren Criss and Mia Swier were in a relationship for past seven and half years.

After Darren’s announced his engagement, fans are eager to know when the lovebirds are ringing their wedding bells.

Even though they took sufficient time to get engaged, it seems they will be distributing marriage invitations very soon. With everything gone well,  Darren Criss is going to be Mia Swier’s husband shortly. 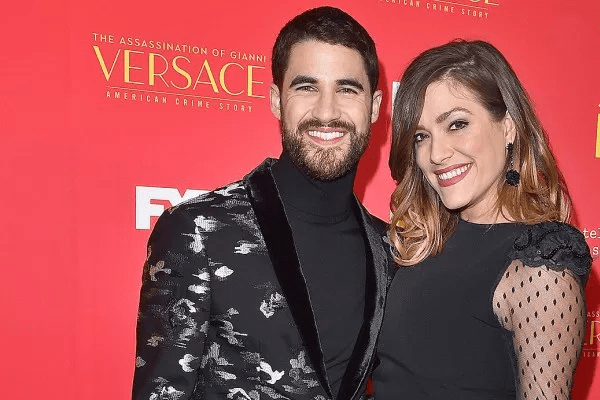 Darren Criss and fiance Mia Swier attending the premiere of The Assassination of Versace at Arclight Hollywood on January 8, 2018.

Every fan of Darren Criss would like to see him in his groom attire. And, Hollywood is dreaming of celebrating Darren Criss and Mia Swier’s wedding in 2018.

How did Darren Criss and Mia Swier fall in Love?

Currently, every Daren Criss’s fan is curious and excited about Darren Criss and Mia Swier’s wedding. Equally exciting is the details of when and how they met.

In the beginning, Darren Criss kept his relationship with Mia Swier private. According to People, Swier has worked for many networks including FOX and Showtime. On the other hand, Darren Criss was featuring FOX series Glee. Possibly, the couple started dating during that time.

Wetpaint says “Darren didn’t know he was going to be on TV when they started dating.”

Although we don’t know their engagement date or the date they started dating. Fans are happy to see, their relationship taking new height.

“These past several weeks and have been so crazy and busy for us… really been looking forward to a fun weekend in Vegas. This is gonna be funnnn…” 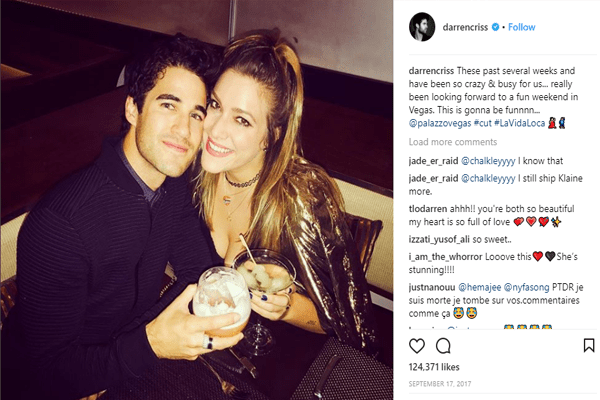 For more entertainment news of celebrities, stay with us on SuperbHub.