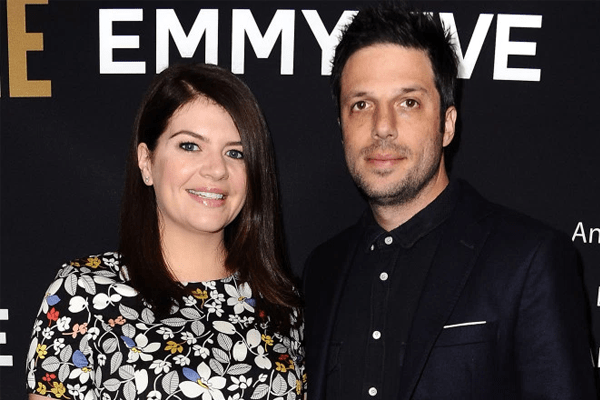 Casey Wilson gave birth to a beautiful child  Thursday. The announcement about Casey Wilson and David Caspe welcoming their new child was made by Wilson’s Bitch Sesh podcast co-host, Danielle Schneider. Danielle went on to share that Casey had “given birth to a little baby boy” and that the news is “so exciting”.

The couple named their new born son, Henry Caspe. Casey’s father Paul Wilson also joined in on the news and shared that the baby and Casey were both doing “perfectly fine”! Wilson, who is now a grandfather, earlier shared his hilarious story about his hospital visit when Casey was in labor. Wilson shared that Casey’s main priority was her “makeup bag” when the doctors asked her to push three times. He shared that she “put some makeup on so she would be ready”!

The announcement that they were expecting a second child was made in March during their podcast episode. Casey Wilson shared that she was “feeling so sick for about a month” but was feeling great now.

Casey Wilson and David Caspe together have a son named Max Red who is 2 years old.

The Happy Endings’ s star, Casey Wilson met David Caspe back in 2011 when she was auditioning for Happy Endings. The two have worked together in the series ever since. The couple eventually fell for each other and went on to get engaged in September 2013.

David and Casey went on to get married in May 2014 in California. The couple has been together since! Both the couple are very busy in their respective works but have always found time to spend together as a family. They have managed to take proper care of their first child and will most definitely do the same with the second one!

The growing love between the couple can be easily seen through the expansion of the family. Casey and David’s fans are eager to see how the couple takes on their new additional responsibility showed at them!