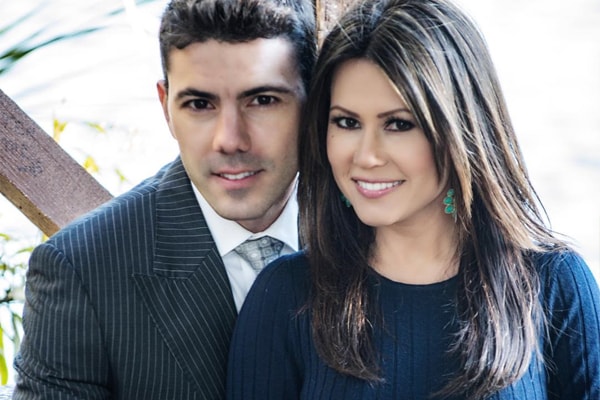 Betty Nguyen’s married life is going better than her journalism career. For the most part of her life, Betty has kept her dating life private and away from the eye of the public which might be because she did not want any rumors brewing about her. Now that she is married, Betty is outspoken about her husband and her kids.

She got married to her husband AJ on 26th July 2014 when she realized that he was indeed the husband material. Betty posted an adorable picture of herself and her hubby holding each other on their wedding day so as to commemorate their three years of marriage. The couple has been together since and not had any divorce rumors or a fight which is in fact commendable.

How is Betty Nguyen handling her career and her kids?

The couple went on to have their first child very soon. “falling in love with a very special delivery”

Thrilled our baby has turned. No longer breech. What a relief!! #Thankful #babylove

Betty was open about her experiences during her pregnancy. She shared in a column in July 2015 that she was “not miserable just yet”. She revealed that since she was new to this she was told by many mothers that whatever she felt would eventually be worse. However, she admitted that it was the best summer even though all the complication did not make it sound so appealing.

Betty Nguyen revealed that she did not have a baby in her “to-do list of goals” and was mostly focused on her cable news network career so when the “biological clock” began ticking, she froze her eggs.

The couple welcomed their firstborn, a son on December 2015. Nguyen shared an adorable picture of her son’s feet on her Instagram account and captioned the photo saying that the reason she had been away for a while is that she was

I’ve been away for a while… falling in love with a very special delivery. #babyboy #blessed

“falling in love with a very special delivery”.
Now, Betty is perfectly handling her kid and her job as well.