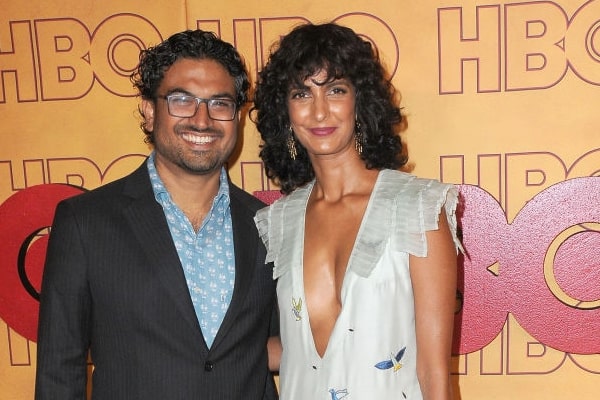 We all appreciate one bold woman in our lives, and we love actresses who can reflect the essence of feminity and bold at the same time. Such is an American actress and producer, Poorna Jagannathan. She is best known for her role as Safar Khan in ‘The Night Of,’ and also for her lead in ‘Delhi Belly’ etc.

The gorgeous actress has been sharing a part of her life with her husband, Azad Oommen, since 2003. The couple is smitten by one another and appear on several events together. But other than seeing him beside Poorna, how much do we know of Azad? Not much. Therefore, let’s go on an identity hunt in this article.

The daughter of an Indian diplomat, Poorna Jagannathan‘s husband Azad Oommen, is the co-founder of Global School Leaders, a nonprofit that develops effective school leadership to improve the learning of students from alienated communities around the world.

Azad served as the founding Executive Director of the Central Square Foundation (CSF). He served the role for four years from 2011 to 2015. It is an Indian philanthropy fund that invests in organizations looking to improve the quality of learning.

Similarly, Poorna Jagannathan’s husband had run Clinton Fellowship for Service in India, the Mickey Leland Hunger Fellows program for the Congressional Hunger Center, in the US, etc. thoroughly. Furthermore, he has worked relentlessly in the field of improvement of students learning since his early age.

According to Azad Oommen’s LinkedIn account, he had been involved in the Congressional Hunger Centre from 1997 to 1999 as a Director. Likewise, he served as a manager in City Year and as Director in American Foundation between 2001 to 2010.

Poorna Jagannathan’s spouse received his Master’s degree in Public Affairs from the Woodrow Wilson School at Princeton University. Likewise, he had his Bachelor’s degree in International Economics from Georgetown University.

The intellectual man has hit many milestones in his life and worked very hard for the betterment of society. Although Jagannathan’s curly-haired beau is away from Instagram and Facebook, he is active on Twitter.

We did a survey of 1800 school leaders – they are really concerned about the wellbeing of their students but challenged by finances (esp low-fee pvt schools) and how to migrate to online teaching. https://t.co/AQ2q2cua7j

Azad shares revolutionary tweets and the matters that need a prompt solution. He is wildly aware of the world and work for the betterment of it unabatingly.

Aforementioned, Gypsy star, Poorna Jagannathan is happily married to the talented Azad Oommen since 2003. The couple has been exceptionally secretive about their relationship since the very start. 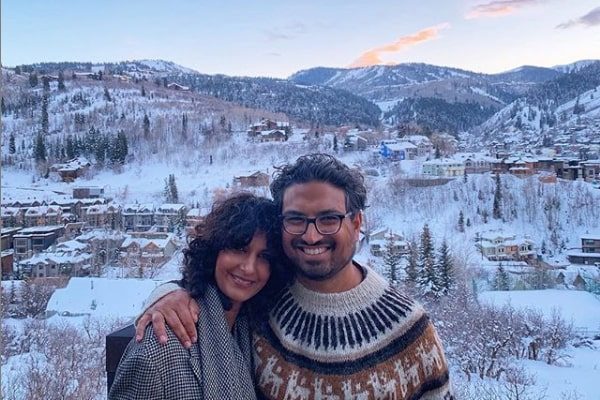 The couple has been together since 2003 and shares a lively passion for one another. Image Source: Poorna’s Instagram.

Both the partners are from the same descent and thus need not have or go through any cultural disparities. Although they rarely share their relationship dynamics publicly, the couple does not shy away from posting each others’ pictures occasionally.

Furthermore, Poorna is a witty, generous, and bold woman. Being married to such a personality is an adventure, and the couple has been on it since 11 January 2003. Even though Poorna and Azad are reserved about the relationship, their appearances on red carpets prove that they are pretty close and totally in love.

Do They Have Any Children?

After years of relationship, the couple welcomed their adorable son named Avan Ommen. There is no further information about Poorna Jagannathan’s son, but she keeps posting about their vacations together.

Azad Oommen’s son’s Instagram does exist and looks like the boy is growing up to be a perfect man. Although his only Instagram post does not lead us anywhere, the Soundcloud link shows that Poorna’s son is interested in some quirky music.

Let’s hope the extremely secretive couple lasts longer than eternity, and their son grows up to be an exceptional human being.