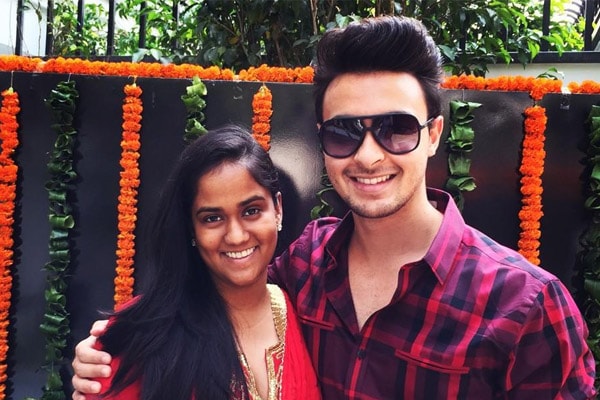 Bollywood celebrity Salman Khan’s sister Arpita Khan has been in a marital relationship with Aayush Sharma since 2014. The marriage of Arpita and Aayush has crossed over three years, and still, their bond is strong.

The Indian writer, Salim Khan and his former wife Salma Khan, had adopted Arpita. Her biological mother was homeless and had passed away on a Mumbai footpath. After the death of Arpita’s mother, the Khan couple took her and made her the member of Khan family. She is the youngest sister of actors Salman Khan, Sohail Khan, and Arbazz Khan.

The beautiful sister of Salman Khan, Arpita Khan, married her long-time beau Aayush Sharma on November 18, 2014. The multi-millionaire brother of Arpita, Salman Khan, did his best to make his sister’s wedding a grand one. 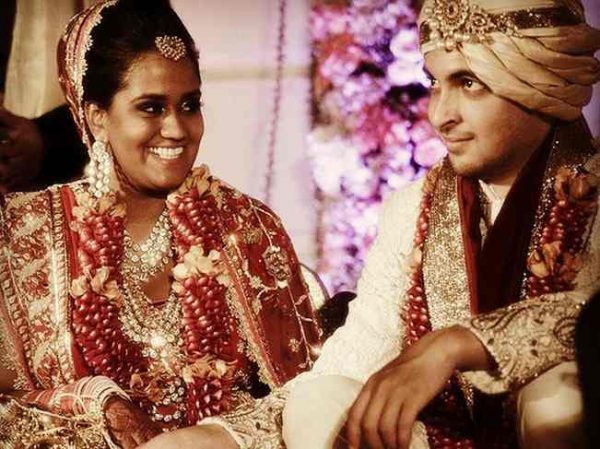 Arpita Khan and Ayush Sharma’s marriage ceremony took place in the awe-inspiring Falaknuma Palace of Hyderabad. The pre-wedding ceremonies like the Mehendi, haldi, and sangeet took place in Mumbai. All the wedding rituals were done as per the Hindu and Punjabi traditions.

Arpita Khan was in a traditional maroon lehenga designed by designers Abu Jani and Sandeep Khosla. On the other side, the groom Aayush Sharma wore a sherwani specially designed by the local Hyderabadi Makhdoom brothers. 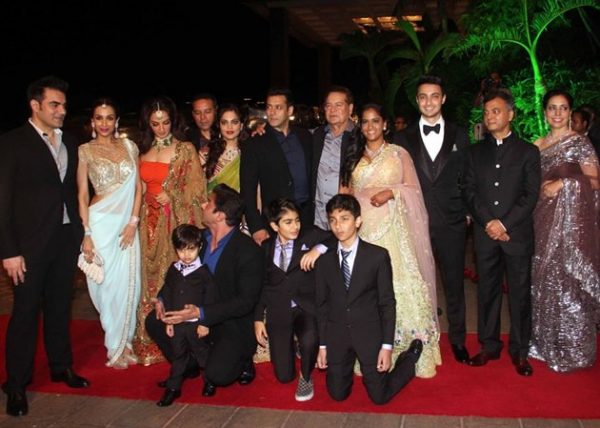 Arpita Khan poses with her family, husband, and some of her close friends during her reception. Image Source: Party Cruisers.

The marriage ceremony of Arpita and Aayush was full of Bollywood stars. Famous figures like Aamir Khan, Katrina Kaif, Mika Singh, and many more attended the ceremony. Also, it was Arpita’s royal wedding that brought Salman Khan and Shah Rukh Khan in one frame after a long time. 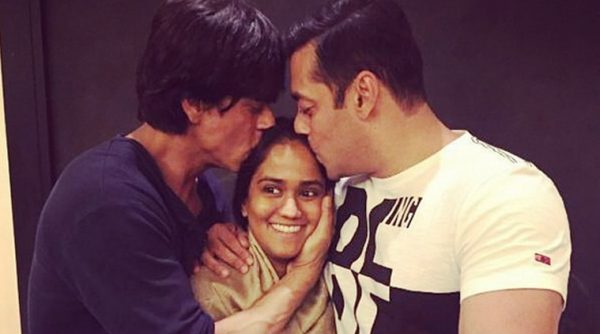 The couple does not have any extra-marital affairs. Their relationship is going exceptionally well. Furthermore, Arpita Khan is a mother of an adorable son Ahil Sharma with husband, Aayush Sharma. Undoubtedly, Ahil is the most cosset member of the Khan family.

Arpita Khan Sharma was in a romantic relationship with the Bollywood actor Arjun Kapoor from 2003 to 2005. At that time Arjun Kapoor was just 18 years old. Arjun and Arpita began dating each other after meeting at the set of the movie ‘Maine Pyar Kyun Kiya.’ 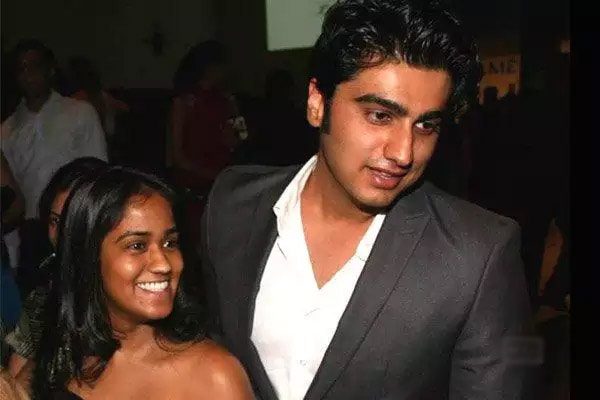 Back in 2003, actor Arjun Kapoor and Arpita Khan were in a romantic relationship. Image Credit: Times of India.

The ex-couple cherished their love-life for two years and broke up due to some private reasons. Arjun Kapoor said in an interview that his relationship with Arpita is his first and only serious relationship so far.