Home / Why Did Anthony Padilla Split With Fiancee Kalel Smith? Know The Reason

Why Did Anthony Padilla Split With Fiancee Kalel Smith? Know The Reason 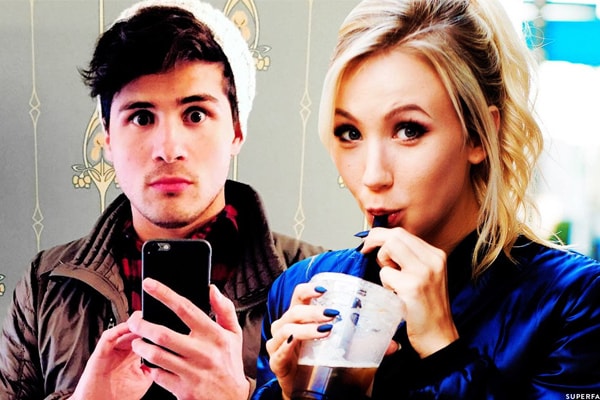 Anthony Padilla split with his now ex-fiancee, Kalel Smith just after a year of their engagement. The ex-partners engaged on June 29, 2013, and called it quits in December 2014.

Anthony Padilla is a YouTuber and co-founder of the comedy YouTube club called Smosh. At present, he is the host of the show called Throw Back with Nickelodeon. He was engaged to Kalel Smith for about a year. The former pair split in 2014. Let’s see what could be the reason behind their separation.

The Ex-Couple Of Anthony Padilla and Kalel Smith

Anthony Padilla got engaged to American YouTuber and PETA activist, Kalel Smith in June 2013. But the couple for some reasons split up in December 2014.

The former couple of Anthony Padilla and Kalel Smith, started dating on the 10th of October 2010. After three years of dating, the YouTube sensation Anthony proposed to Kalel, and she even said “Yes,” and later uploaded their photo with the engagement ring. 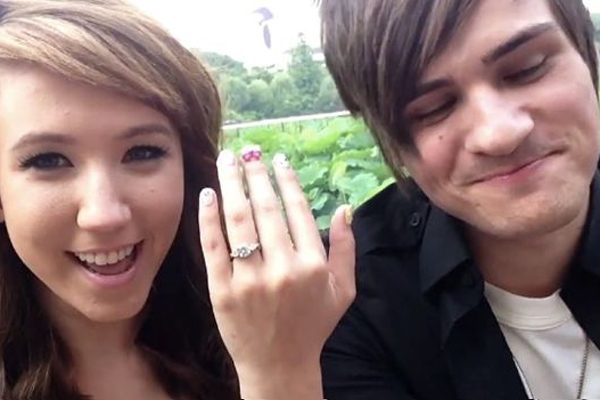 Anthony Padilla and ex-girlfriend Kalel Smith during the time of their engagement. Image Source: Pinterest.

After dating for more than three years, Anthony Padilla and Kalel Smith had taken their relationship a step ahead. However, things did not go as they had planned and got separated before their marriage.

In addition, just over a year after, Anthony Padilla and Kalel had engaged, they broke up in November of 2014 and even uploaded a video on 4th December 2014 titled Going Out Separate Ways.

In the video, Anthony Padilla and Kalel Smith announced their break up and stated the reason being they grew apart and did not feel like before. Despite the breakup, they claimed they are still good friends, and they stay in touch.

As of now, the YouTube sensation Anthony Padilla is taken, and he is in a relationship with his girlfriend Miel Bredouw, an American personality. The pair started dating in May of 2015, just a year after Anthony’s split with his ex-girlfriend Kalel Smith.

The lovely couple, Anthony Padilla and Miel Bredouw have been dating now for more than three years, and they are one of YouTube’s most adorable couple.

As of now, the lovely couple, seem to be taking their relationship slow. In addition, they haven’t announced anything related to their marriage.