Home / Alex Trebek’s Net Worth. How Much Did He Earn From ‘Jeopardy’ Career?

Alex Trebek’s Net Worth. How Much Did He Earn From ‘Jeopardy’ Career? 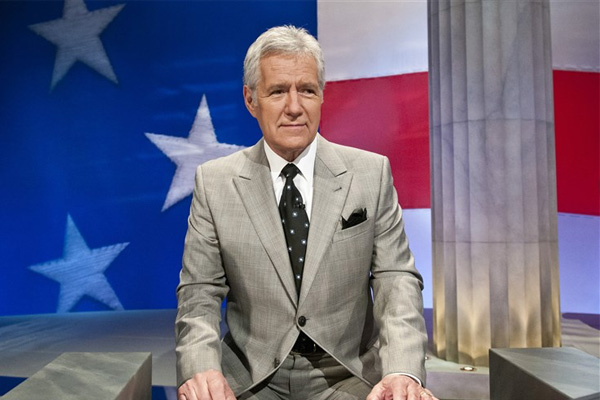 Canadian-American television personality, Alex Trebek‘s net worth is estimated to be $50 million. He has managed to gather his fortune from his career as a TV personality. Alex is best known for being the host on the hit TV series, ‘Jeopardy’.

The talented Alex Trebek was born on July 22, 1940, in Greater Sudbury, Canada. He was born to father George Edward Trebek and mother Lucille Lagacé. He grew up with his sister Barbara Trebek. Alex is in a marital relationship with Jean Currivan Trebek since 1990, after his divorce with his first wife Elaine Trebek Kares in 1981. Alex and Jean happily share two children; daughter Emily Trebek and son Matthew Trebek.

Aforementioned, Alex Trebek’s net worth is estimated to be $50 million. His wealth is from his career as a TV personality and also as a producer. He earns most of his fortune for being the host at the classic American game show, Jeopardy. 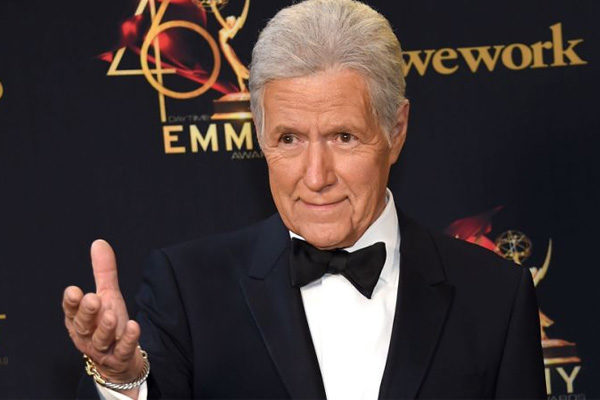 Alex Trebek’s net worth is estimated to be $50 million. Image Source: Yahoo.

Because of the much popularity and fandom, we can believe that Alex has amassed himself a huge amount of treasure.

Alex has many income sources. He was also the executive producer for two documentaries; Game Changers and Eyes of Faith. Similarly, Alex also makes money from brand endorsement deals.

How Much Money Did Alex Earn From Jeopardy?

Firstly, Alex started his career in Jeopardy as an executive producer. Trebek produced a total of 620 Jeopardy’s episodes from 1984 to 1987. According to Cheatsheet, Alex Trebek’s annual salary is $10 million.

And over the years, we can expect that Alex earned a huge amount of cash by being engaged with Jeopardy.

And thanks to his net worth, Alex owns a fortune of assets. He has a house in Lake Nacimiento worth $1.39 million, where he is currently living. The house has a 1,500-square-foot workshop, private launch ramp, and Jet-ski too. He also had a beautiful house in Los Angeles worth $4 million which was later sold. 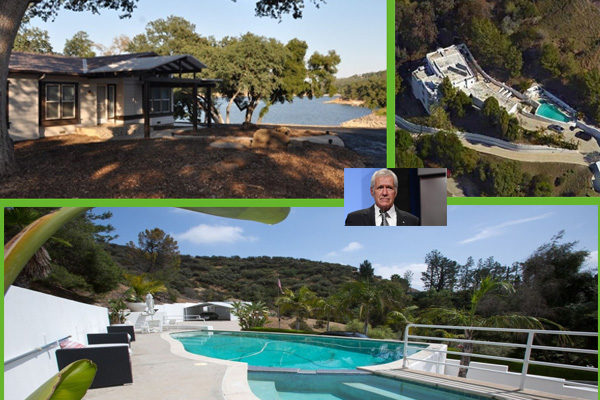 Alex Trebek net worth: He is enjoying his lifestyle thanks to his fortune. Image Source: LATimes/Zillow/Pinterest.

Alongside that, Alex is also a man of generosity and has done many several charitable works.

Unfortunately, he is suffering from pancreatic cancer and is having a hard battle with it. Rather than losing hope, he is still doing his hard work.

Above all, the credit for  current Alex Trebek net worth goes to his dedication which has led his way to success and fortune.