Home / Is Alex Morgan Engaged or dating somebody? Still with Servando Carrasco?

Is Alex Morgan Engaged or dating somebody? Still with Servando Carrasco? 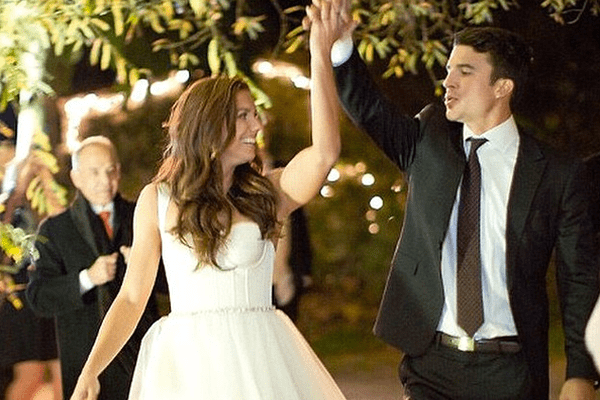 Alex Morgan, 28, is a national American Soccer star and a married woman. Yes, she was dating and was engaged. And now she’s the wife of the same man she has dated for life.

As both are soccer players, the couple with enough football talk are fulfilling their relationship goals.

Alex Morgan and Servando Carrasco tied their knot on December 31st, 2014. Moreover, the lovebirds dated for six years before getting engaged in 2013. Isn’t that romantic? So, they knew everything about each other before deciding to live like a family.

Already missing this day so much!

The bride Alex Morgan was looking gorgeous in the designer white gown.  While the groom, Servando Carrasco was looking handsome in his wedding suit.

Olympic Medalist, Alex Morgan, and fellow US footballer, Servando Carrasco were dating since 2007. According to Daily Mail, they met at the University of California, playing for Men and Women’s league. 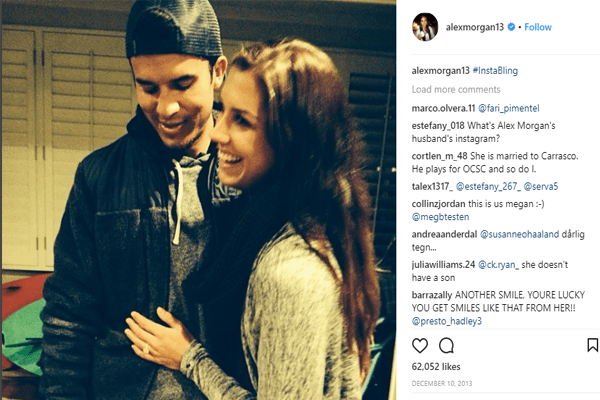 Alex Morgan happy after her boyfriend Servando proposed her. The engagemement ring looks gorgeous on her.

At the University of California, both were a member of Golden bears Men and Women’s team. Probably, mutual love towards soccer might be the influencing reason behind Alex and Servando’s relationship.

It’s now 4 years to the marriage and Alex and Servando shares quality time with their only kid, for now, their pup.

There’s no news of Alex Morgan’s pregnancy yet, and they do not have a kid before. So, whenever she is out of her field, she likes to spend her time with husband and puppy.

Just me and my boys.

They never fail to amaze us with their adorable looks. This family of three are often seen enjoying, going on a drive and vacations together. 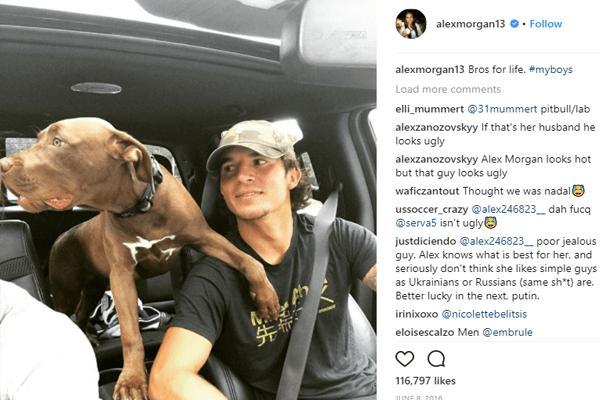 Alex Morgan’s husband, Servando Carrasco and her puppy are bros for life

Though moving with their team while playing, they share an incredible bond and never fail to support and miss each other.

Missing my Valentine today. Wishing everyone a happy Valentine’s day!

Missing my Valentine today. Wishing everyone a happy Valentine’s day!

Both Alex Morgan’s husband, Servando Carrasco and Morgan are active on Social media and they share their similar views. Servando strongly supports his wife in whatever she writes, speaks or fights for. Especially when Alex speaks out for the US Women Football team campaign, Equal play campaign and gender inequality.

Equal Play campaign is a campaign for equal compensation, travel management, and playing condition as counterparts men get.

Other than supporting in Campaigns, Servando Carrasco and Alex Morgan mostly spend their time talking about Women’s football team.

Alex Morgan’s husband is the sweetest family man who loves to spend time with Morgan’s family as well.