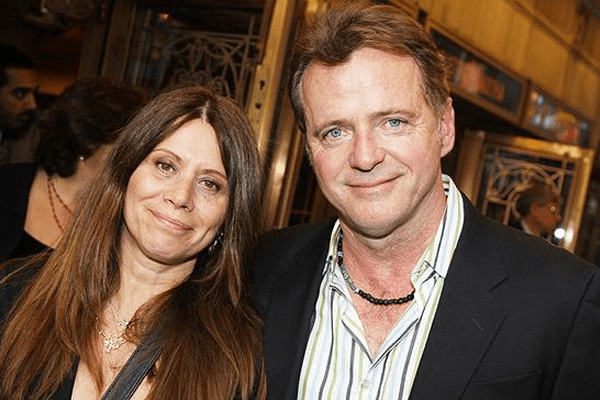 The mesmerizing blue-eyed Aidan Quinn has been melting our hearts with his work in Elementary, Unknown, and more. But Aidan Quinn’s family details have not much been discussed until now! Who is Aidan Quinn’s wife? What does Aidan feel about his daughter? Aidan discusses passionately his family in an interview. Let us get into details of Aidan Quinn’s family!

How large is Aidan Quinn’s family?

Aidan Quinn’s family life has been covered largely by the media since he is married to the lovely actress Elizabeth Bracco. Bracco is not only an actress but also a costume designer. Aidan and Elizabeth got married on 1st September 1987. Aidan is very fond of his daughters and cannot stop talking about them. Aidan has two daughters named Ava Quinn and Mia Quinn.

In an interview in 2012, Aidan Quinn shared his personal life experiences with his daughters. Aidan Quinn had been picked to play the lead role in The Last Temptation of Christ but later his roles were given to Willem Dafoe which broke him. But he shared that at the same time his daughter Ava was suffering from a “106-degree fever” after taking a vaccine. He shared that although his daughter was born normally after that night, she went on be diagnosed with autism.

In the interview, Aidan shared adorable detail about how the family has to “be on guard every moment” when Elizabeth comes home on the weekends. He shared that if a marriage survives even after having otherwise-abled children then you can be sure that “there’s no one else but your partner who understands what you’re going through”.

Aidan’s parents raised him to become an exceptional man

In the interview, Aidan also shared details about his parents. Aiden was born to his father Michael Quinn and mother Teresa Quinn. Aidan shared how he used to “strong intellectual arguments” with his father and how he condemned his father as a “hypocrite”. Aide shared of the time when his father ordered that if he stayed at his father’s home he had to do as he asked. So, Aidan revealed that he “left”!

Regardless of all the arguments, Aidan’s father taught him a lot about life. He also admitted that he is thankful to his father for making him “read Samuel Beckett” at the age of 8 in order to prepare him for the “the world”!

Read more Entertainment and other update

Aidan Quinn talks passionately about his lovely familywife and daughter