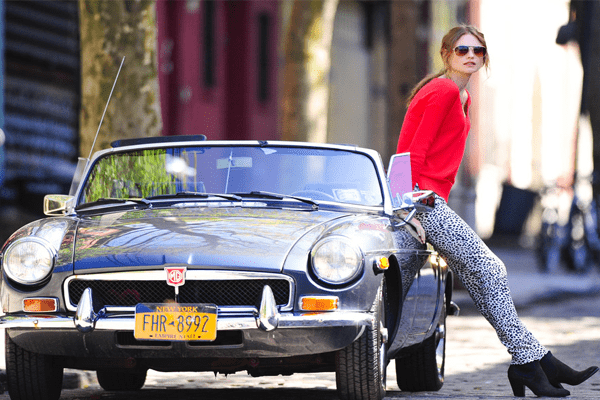 “Maroon 5” singer Adam Levine‘s sharp and vibrating voice gives us really goosebumps. No doubt, Adam Lavine is a legendary singer who has spread smiles all over million faces. Certainly, he earns a lot from his voice. He has added enough bank balance to live a luxurious lifestyle. But what about his wife?

Victoria’s Secret Angel and Adam Levine’s wife, Behati Prinsloo is a Namibian model and one of the topmost model living. So, undoubtedly, she gets paid a tremendous amount of money. According to News, Behati Prinsloo’s Net worth is estimated to be $3 million.

How did Behati Prinsloo accumulate the Net Worth of $3 Million?

Behati Prinsloo’s net worth is not a family heritage or a legacy. Her current status today is based on her hard work and devotion. Modeling is the fundamental source of earning to her.

The Victoria’s Secret angel, Behati has walked for Lous Vuitton, Miu Miu, Calvin Klein, Chanel and much more. Also, she has been on covers for Vogue Mexico, Vogue Spain, V Magazine, and other magazines. She has also done the Ad Campaigns for H&M, DKNY Jeans, Nina Ricci, etc.

According to The Cut, the models generally earn $125-$250 per pose for Vogue. While for an advertisement, they are paid more. H&M, Online Clothing retail company pays estimated $60,000 per contract. On the contrary, established models receive more amount. So, Behati being one of the top model  gets appropriate cash from the ads.

Behati has walked for huge companies like Calvin Klein and Chanel. She is paid in millions. Though not a highest paid model, she falls in top ten high Net worth of Models.

Supermodel, Behati, also appears in talk shows and interviews. This is adding to her wealth too.

According to Curbed Los Angeles, Behati and Adam previously lived at Beverly Hills House that values $10 million. Currently, they are living in Holmby Hills estate at Los Angeles Country Club.

Keeping my skin healthy and clear during my new journey??with my favorite essence. #OneBottleAwayFrom ?#inpartnershipwithskii @skii

For more information on Behati Prinsloo and Adam Levine, stay connected with us on SuperbHub.