Home / Article / WHY SACKING LAMPARD WAS A BAD DECISION 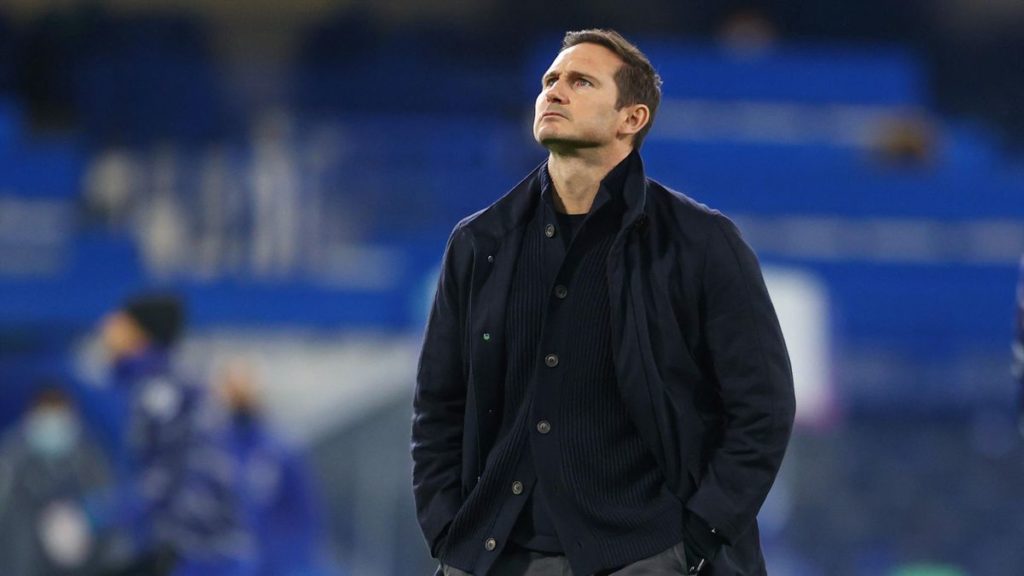 It was a shocking news throughout the world of sport beyond the football world that Frank Lampard was relieved of his duty as the head coach of the Chelsea Football Club’s male senior team on 25th of January 2021. Although some have been calling for his sacking since November last year, while some are clamoring for his continuity at the helm of team affairs in the West London Club.

Although, the Stamford bridge legend and all time highest goal scorer was somewhat beyond the clubs faithful imagination as he guided the inexperienced, youthful team to top four in the ever competitive English premier league in his first campaign despite the team losing his best player to Real Madrid and their veteran defensive linchpin to Arsenal.

Furthermore, the brand of football player by the West London club under the guidance of the team’s legendary goal scorer is somewhat new and can only be compared with Pep’s Man city and Wenger’s Arsenal. But the consistency in results grinding had been the major phobia of the team in his presence.  Moreover, who would have thought that Chelsea would be sitting at the bottom half of the table after game week nineteen in the league. That is uncalled for! For a team that finished fourth on the log in the previous English Premier League campaign, coupled with the expensive signings made by the team to bolster the chances of the Stamford Bridge club of winning the league or at least challenge for a major title, but the team looks the shadow of their prospect.

The chances of Chelsea winning the league was only behind the Manchester City and Liverpool, as the west London club was added +2000 odds to win the English Premier League according to SBR right before the start of the season due to their acquisition of Hakim Ziyech, Timo Werner, Thiago Silva, Ben Chilwell, Eduard Mendy and Kai Hervartz to strengthen their chances but with their loss of direction and lower credibility in play, the team is currently languishing behind Manchester city which is odd -225 odd, Manchester United at +500 odd, Liverpool at +700 odds, Leicester City at +1800 odd and Tottenham Hotspurs at +2800 odds before the Chelsea at +10000 odds to lift the most prestigious English competition.

More also, the club legend might have been dismissed after a poor run of form which saw the club slump from top spot to ninth despite a summer of heavy spending which cost Chelsea management more than 200 million Euros and the run of five games lost in eight matches is a testament to the decline in the Super Frank authority among the player’s rank.  Evidently, Frank Lampard had been an excellent coach at the club he spent a decade and more of his lifetime defending the badge. The fact that the former Three Lion midfielder clearly gave the blue a new sense of direction, with his belief on youth policy and establishment of veterans’ collaborations with the talent surge in the game is a reference to the future dominance of the West London Club.

More so, the trust and shouldering Bill Gilmour more responsibility at the expense of the Club’s vice captain is commendable. The occlusion and rise in Mason Mount to the stardom and consistency Kourt Zouma at the heart of Chelsea defense is the work of Super Frank’s guidance. However, the acquisition of Frank Lampard as a manager of Chelsea team in just less than two years is a blessing to the future of Chelsea as a football team and a ginger to the youth team as they can once believe of playing in the Senior team which would have foster a surge in believe of the young lad growing to learn the game from the Chelsea’s youth system.

Lampard may not have been grinding out the result, but he is sure a coach that would solidified the future of Chelsea with his eyes set on youth and the brand of game philosophy played by Chelsea under his guidance is a reference to the fact that highest scoring player under the belt of Chelsea’s badge clearly have a sense of direction for his team.

Although, the Blues icon has left Stamford Bridge after his eighteen months spell in charge at Stamford Bridge, with which the former Borussia Dortmund and PSG coach took over soon, just some hour after the sack. The replacement was believed to be because of the fact that the German coach have had encounter with some new signing which a tantamount to the fact that he would be ideal in bringing the big out of the new signing and for the fact that he is filled with plethora tactical nuance that which should spring out the desired solution by which Chelsea can fight for the top four spot against their race to qualify for the next campaign UEFA Champions League.

Although the incoming coach is vast with experience and his ability to guide his former team to their first ever UEFA Champions League final despite bowing out to the worthy winner, Bayern Munich with lone goal in August, 2020 is commendable. But Tuchel will need more than his tactical spell at the helms of affair to stay long at the West London Club.

More importantly, given the instant impact of Frank Lampard on the team, while promoting the likes in Fikayo Tomori, Tammy Abraham, Mason Mount, Bill Gilmour, etc while challenging for the top spot in the previous campaign. Lampard could have been solely blamed for the woeful showing of Chelsea in this campaign, even the untouchable English Premier League Champion is more ordinary in this unprecedented campaign that is filled with loads of surprises. Chelsea may have been languishing on the ninth on the log but the Blues could be well placed on the log if the season is not far too shrink in time needed to prepare for the next game.

Since the beginning of the season, each team has been filled with two games a week, while the likes of Aston Villa is yet to complete their half of the season league game despite the previous campaign having ensured that each team has played nothing less than twenty-three games already by this time last year. Chelsea might have sacked their footballing legend from being the boss at Stamford Bridge, but the incoming coach will have similar throes as the impact of Coronavirus on the season is heavy enough on the European challenging team.

Although one would argue the fact others like City, United, Leicester, Aston Villa, Everton and Southampton are having a great season, but Chelsea that such amount amount of new signings in the starting eleven without the proper pre—season is destined for the season hiccups because the inability of the player to gel with each other will be wreaked havoc. The lack of experience from managing a big team has definitely hampered Frank Lampard’s ability to arguably take control of the situation and the new coach will be saddled with more challenges to conquer at his new job.

But given the time, Lampard’s Chelsea could be well placed to dominate for years to come and by his sacking, Chelsea is yet to learn their lesson and would continue to throw money at their problems. Thus the sacking of Frank might have well be a wrong one for Chelsea who is keen on instant success and not the future.