It’s incredible to know the fact that people are accepting their kids with what they are. There are some top celebrities having LGBT kids, who have proudly taken the truth of their LGBT kids. They are giving proper attention as well as an unconditional love for their kids.

The LGBT kids are growing up in the society with full of care from their parents as other normal children. They are living a healthy life with support from community and family.

Here is the list of top 7 world’s celebrities having LGBT kids who have accepted their children with love and proper care.

Samuel Greisman is the youngest child of an American actress Sally Field. He was born with a gay characteristic on 2nd December 1982 in the United States. 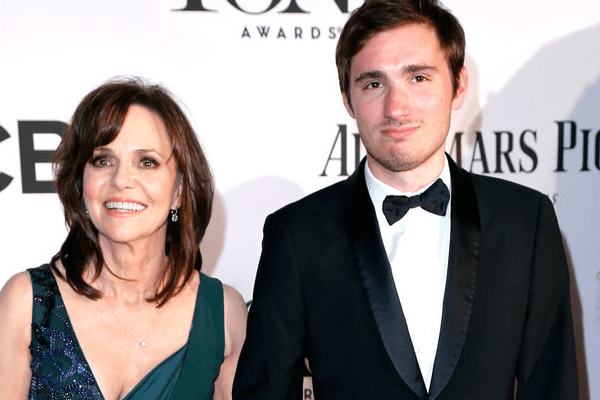 Samuel’s mother Sally Field is an American actress, widely recognized as an advocate for women’s rights as well as advocate for gay rights. She received the Equality Award in the Human Rights Campaign’s Ally in 2012.

In 2012, Sally Field declared in the event that she is very proud of having sons Peter, Eli, and Sam. She told that she is and always will be supporting her gay son Samuel in his every painful path.

At the age of 20, Samuel revealed his truth of being a gay. He was able to confess his reality because of his mother’s support and acceptance of his personality.

Etta Ng Chok Lam is the daughter of Actor Jackie Chan, a famous Hong Kong artist, film director, actor, singer, and stuntman. In October 2017, Etta confessed on Instagram that she is a lesbian girl listing Jackie on the list of celebrities having LGBT kids. 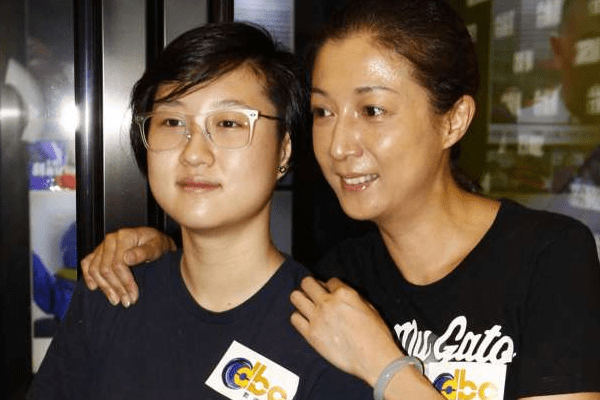 Talking about her early life, she was privately kept in Hong Kong and far from the media. Being a reason to be born out of the relationship between Jackie Chan and Elaine Ng Yi-Lei, she never got the love from Jackie Chan.

She also did not consider Jackie Chan as her father. When her parents ended their private relationship, she became deprived of the love of her birth father.

Jessica Marie Blosil is the daughter of American singer Marie Osmond. She had confessed openly about being a bisexual. Marie Osmond has been actively supporting her daughter as well as the LGBT community. 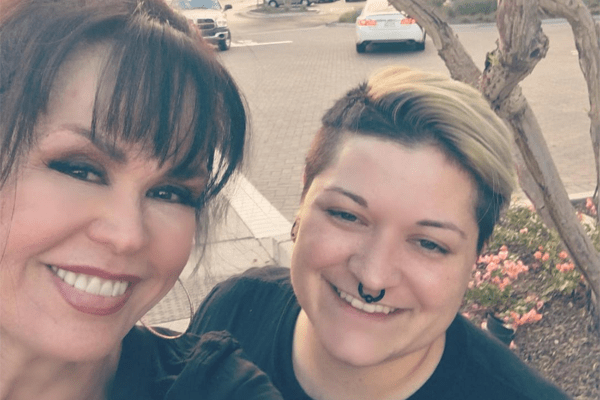 American singer Marie Osmond is best known for her song Paper Roses which is a cover of the country pop ballad. She is globally recognized as one of the celebrities having LGBT kids.

Jessica Marie is a bisexual among other eight children of Marie Osmond. During the initial days of knowing this fact, it was tough for Marie to digest the truth. Once, Jessica tried to commit suicide also.

She is a brave girl who convinced her mother as well as made her proud by graduating from the Police Academy.

Anderson Cooper is the proud son of a famous actress Gloria Vanderbilt. In 2012, he confessed of being a gay. This helped Gloria to be included in the list of Celebrities having LGBT kids. 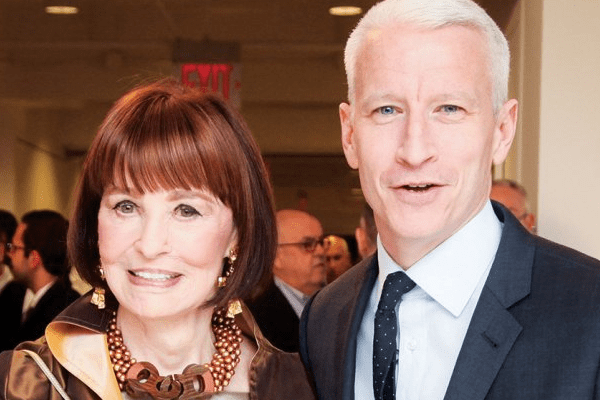 Gloria is a famous American artist, author, actress, fashion designer and socialite. Similar to her, her son Anderson Cooper is working professionally as an author, journalist and television personality. After Anderson confessed himself as a gay, Gloria was in a dilemma of living a dramatic life.

Gloria is currently supporting the LGBT community. She is giving more love towards her son. Gloria wishes to be a grandmother of Anderson’s son.  So, she is requesting Anderson to adopt a cute child.

Anne Rice is another celebrity on the list of celebrities having LGBT kids. His son Christopher Rice confessed himself as a gay. This fact is inspiring to all the contemporary male gay. 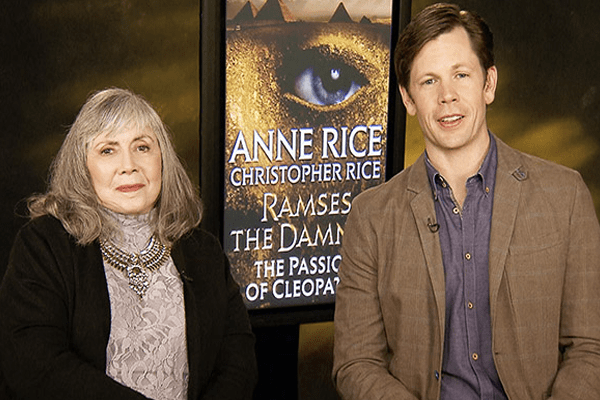 One of the Celebrities having LGBT kids, Anne Rice with her son Christopher Rice. Image: Candie Anderson

Author, Anne Rice is well known for her novel series The Vampire Chronicles. Like Anne Rice, her son Christopher is also a famous American author. He is popular as being a gay writer.

Currently, she is supporting her son’s activities and speaking in the fortification of the LGBT community. She is proving herself as being a proud mother of a gay son.

Chaz Bono is the single child of American actress Cher and Singer Sonny Bono. He revealed himself as a lesbian at the age of 18.

Cher is best known for her contralto singing voice and her roles in several areas of entertainment. Chaz has also pursued his career in the entertainment field like his mother. 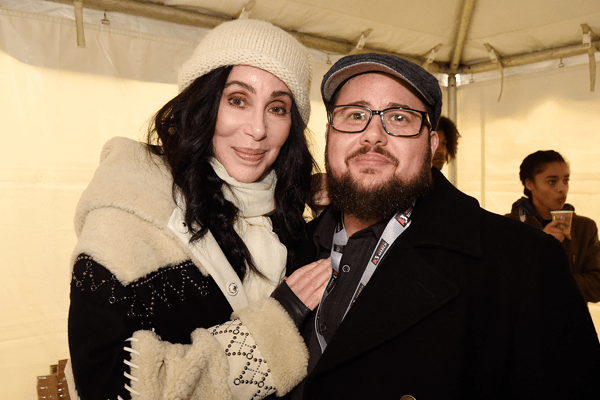 After Chaz confessed as being a lesbian at the age of 18, his mother Cher started talking frankly about the fact of her son.

Chaz has written a book titled “Family Outing.” In his book, he has written about his different feelings since his childhood period. Chaz is currently working as an LGBT activist.

Jason Gould is a famous Hollywood icon and the proud son of American Singer Barbra Streisand. At the age of 12, the public knew his truth of being a gay. 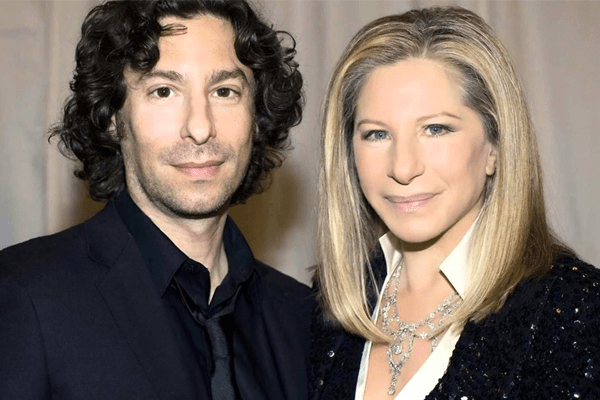 Jason Gould has done a duet with his mother Barbara Streisand in the song “How Deep is the Ocean”. Image: YouTube

Jason Gould had known that he was a gay at the age of eight. But, he kept his fact of being a gay secret. Later, his mother Barbra found out the reality from her ex-boyfriend Jon Peter. At that time, Jason was 12 years old.

After knowing the fact, Barbara began educating herself about homosexuality. She is currently advocating her child and supporting him more widely. Barbara feels proud to be in the list of celebrities having LGBT kids.

Major works: The Big Picture, Boys Life 3, Say Anything and many others