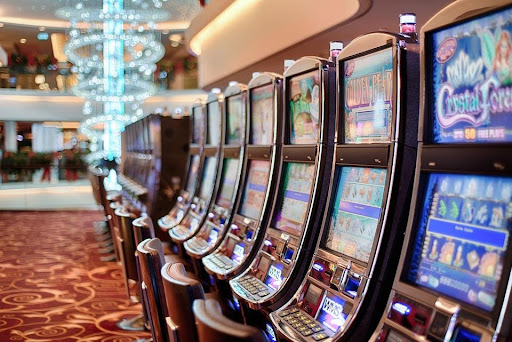 The Internet has certainly come a long way in the past 20 years. This is even more relevant when discussing the online casino sector. Believe it or not, the first virtual casino came into existence as far back as 1994. At the time, it was a website solely devoted to the Lichtenstein International Lottery. Other portals began following suit and by the dawn of the 21st century, hundreds of platforms were present.

The games themselves have also become highly advanced and many are now beginning to take on a life of their own. This is particularly the case when referring to contemporary slots developers. Slots offer much more than the chance to walk away a winner. They represent forms of digital interaction that would have been nearly impossible only a handful of years ago. Let us examine what type of technology is employed and how these methods impact the end-user experience.

More than the Game Alone

Slots are unique in the fact that the games themselves are controlled by random number generators (RNGs). In other words, every player has equal chances of winning and little overall strategy is needed (at least in terms of predicting which symbols may appear). This has opened the door for developers to devote a greater amount of time in creating truly immersive storylines. The Starburst slot interface is a perfect example of these observations.

Players are taken on a virtual journey across time and space throughout the game. Floating reels, ambient music and a changing backgrounds all serve to enhance a feeling of truly drifting amongst the stars. This platform also provides a more visually “open” feel when compared to traditional slots games. These are some of the reasons why it has been a hit since it was first introduced in 2013. However, we are only beginning to scratch the surface in reference to how far slots have truly come.

The Role of Artificial Intelligence

Artificial intelligence (AI) represents yet another leap forward in terms of the technology behind some slots games. The main intention of artificial intelligence is to provide players with a more realistic overall experience. Not only will the games themselves take on what can only be called a life of their own, but player preferences may also be remembered so that customised suggestions (such as other games to examine) can be offered. Users therefore feel that their needs are being catered to and they are likely to remain loyal over time. AI may also be used in the form of a chatbot in the event that a player has a question. Simply stated, artificial intelligence is here to stay.

Anyone who is a fan of online poker is likely aware that some casinos now offer the ability to interact with a live human dealer. Those who enjoy the social aspect of gaming are likely to find this alternative highly appealing. Might we begin to witness the same in terms of slots?

It is difficult to say, as slots tend to focus around the actions of a single player. However, there are already certain platforms which combine slots with another category (such as roulette) in order to create a “hybrid” experience. The results of a round of slots may be used to determine roulette winnings or how many multipliers are awarded. Several providers are already experimenting with such options. Considering the positive feedback that has been received, it is not unreasonable to assume that live slots platforms might soon come to pass.

Augmented reality is yet another type of technology that could shake up the online slots industry as we know it. It is also interesting to note that AR is already present throughout many online industries. It can be used to provide a three-dimensional view of a product or it could be employed to offer a virtual walkthrough of an apartment for rent. So, how might AR come to influence the casino industry?

Some experts feel that its main influence will be seen in the form of virtual “meeting rooms” which allow players to interact with one another through the use of avatars are other personally defining representations. So, we might soon witness a day when online casinos offer digital lounges alongside the games themselves. As AR headsets are cheaper to purchase than in the past, the presence of this technology could very well be closer than we think.

Slots have existed for well over 150 years and they appeal to a variety of players. They are now enjoying a global presence thanks to the sheer scope of the Internet. Although the underlying principles are likely to remain the same, it is already apparent that the associated amenities will continue to dazzle individuals from all walks of life.