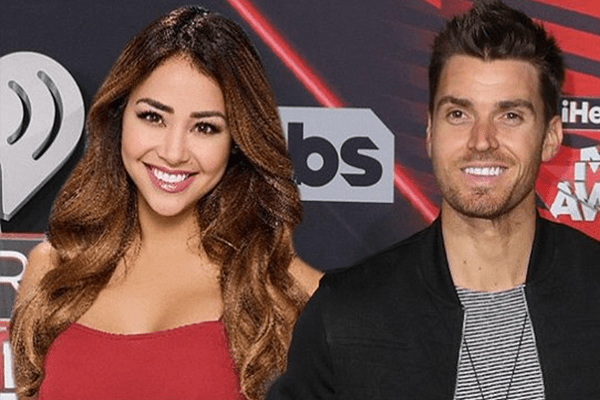 Rumors regarding romance between Luke Pell and Danielle Lombard have been brewing for a long time. However, no one had till now been sure of where Pell and Lombard stand in this rumor! After the Luke and Danielle were seen attending The Music Lounge by iHeartMedia + BMF Media in Miami.

The very hot Danielle Lombard looked cozy with the handsome Luke Pell. As per E! News, the couple looked almost like a couple during the entire event.

Although the couple seemed to put it quite hush, they were spotted together most of the time. Some sources revealed that they might have been trying to “keep things under the radar”. However, the couple looked absolutely adorable together.

To clear the doubt, when E! News asked Luke Pell about their dating affair rumor, he gave some mixed answers. He shared that they were “not exclusively dating”. He also shared that he had seen Danielle for the second time only during the event. However, since the public goes gaga over even a small interaction between the contestants of the reality TV franchise, so Luke Pell thinks that it might have been the same case this time around!

Luke later added that he finds Danielle great and that they have a lot of fun together whenever they meet!

Luke and Danielle may find themselves in the upcoming Bachelor in Paradise this summer. Luke shared that he would go to the show with an open mind.

As per the request and opinions by the fans of The Bachelorette, they want Luke to get in a relationship with contestant Raven Gates from the season of Nick Viall.  Luke also responded to this particular matter saying that he has been having a swarm of tweets of people who want him to end up with Raven but he seems to be keeping his options open.

While Luke’s professional life is going uphill with upcoming performance in his biggest country music hit on the road, his personal life is also spicing up! Luke revealed that he is busy and having fun with his Bachelor alumni and it is working out just fine for him!

So much fun chatting with Katie for elitedaily a few weeks ago https://t.co/e7YASUokEx

So much fun chatting with Katie for elitedaily a few weeks ago https://t.co/e7YASUokEx