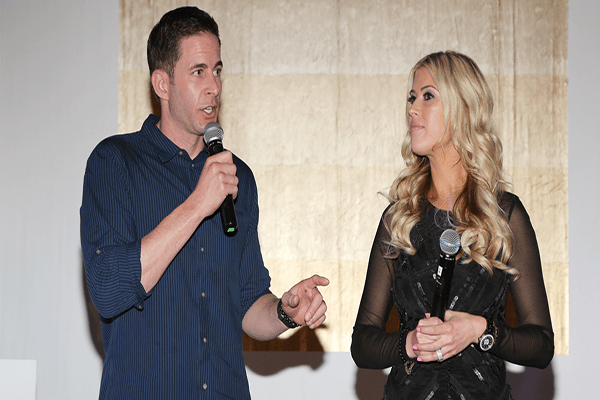 On December 2016, the once power couple, Tarek, and Christina went on to file for a divorce when things got messy in their marriage. The couple is best known for their TV series, Flip or Flop. Things seem to have flopped right off their plate in December.

Now, Christina El Moussa can’t put off her smile when she is seen in the public with her new boyfriend, Gary Anderson. Anderson slipped Christina right under Tarek’s nose. The couples were recently seen holding hands on Jan 26, 2017, in Yorba Linda, C.A.

According to many sources, the couple looked very ‘relaxed and comfortable together- totally in sync’. Gary and Christina had big smiles on their faces.

Who is this man who has swept Christina El Moussa off her feet?  Gary Anderson had previously worked with the family as a contractor when they were renovating their house. In 2015, Tarek and Christina hired Gary to reform their pool. Gary has already been married twice to two failed marriages.

There have been rumors that the main cause of the El Moussa divorce was because of infidelity from Christina’s side. According to sources, Tarek found out that Gary and Christina had an affair when he checked Christina’s phone only to see ‘some inappropriate texting’.

Tarek was devastated and angry at this. Tarek and Christina who married in 2009 have two lovely children together. Brayden El Moussa is currently one-year-old while his sister Taylor El Moussa is 6 years old. It is sad to known that the children might be affected due to the divorce.

However, the couple has revealed that they will remain friends and continue their ‘healthy professional relationship’. They have also stated that both Tarek and Christina be committed to their children and work for their best interest.

The divorce was finalized in 12th January 2017 marking the official separation of one of the power couple. Both Tarek and Christina have been working on their show. Christina and Tare seem to have moved on with their life.

Flip your own home with color from hgtvhomebysherwinwilliams it&39;s an easy way to create a big reveal! pic.twitter.com/W7zxlNcQ99

Flip your own home with color from hgtvhomebysherwinwilliams it&39;s an easy way to create a big reveal! pic.twitter.com/W7zxlNcQ99