Home / Meet Perla Ferrar aka Perla Hudson, Slash’s Ex-Wife. Why Did They Divorce After 15+ Years Of Marriage?

Meet Perla Ferrar aka Perla Hudson, Slash’s Ex-Wife. Why Did They Divorce After 15+ Years Of Marriage?

Slash and Perla Ferrer was married on October 15, 2001 and divorced on September 4, 2018. Image Source: Getty Images.

Saul Hudson, aka Slash, was married to Perla Ferrar, aka Perla Hudson. The ex-couple got married on October 15, 2001, and after 17 years of their marriage, their divorce was finalized on September 4, 2018. The former couple together shares two lovely sons, London Emilio Hudson and Cash Anthony Hudson.

Slash is a British–American songwriter and musician famous for being the lead guitarist of the American hard rock band Guns N’ Roses.

Slash’s ex-wife Perla Ferrar is a California native who was born to Cuban immigrants parents. When she was nine, her mom and dad divorced and was raised by her mom, single-handedly.

Perla also has got a YouTube channel where she has uploaded videos focusing on fashion and fitness. She seems to be a cardio lover and crazy over fashion stuff. Perla is also a philanthropist as she used to be involved in charitable works with her ex-husband Slash.

Perla Ferrer’s net worth is under wraps. However, we expect that she must have earned a considerable amount of money from her works. Also, she received $6.6 million as alimony from her ex-husband, Slash. No doubt, it is also added to her net worth. Similarly, her ex-partner, Slash’s net worth is $90 million.

Perla Ferrar first met Slash in 1992, at a Guns N’ Roses concert in Las Vegas at backstage. After many years of dating, they finally married on October 15, 2001, in Hawaii in front of an enormous mass. The ex-couple are blessed with two sons London Emilio Hudson and Cash Anthony Hudson. 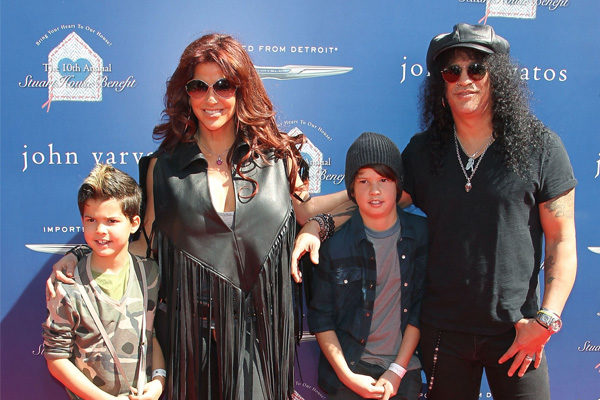 As stated earlier, the divorced couple were together for almost 17 years, with lots of ups and downs. In August 2010, Slash filed for divorce, but they reconciled after two months. Then in October 2011, the ex-pair was married legally. Again, after four years, Slash filed for divorce in December 2014. The ex-pair was separated after that, and on September 4, 2018, they finally had a divorce legally.

Slash Had To Pay $6.6 Million As Alimony

Slash filed for divorce with his ex-wife Perla Hudson for irreconcilable differences. Ultimately, Slash had to pay $6.6 million, $100K per month for his ex-wife Perla’s support, and $39K for child support as alimony. 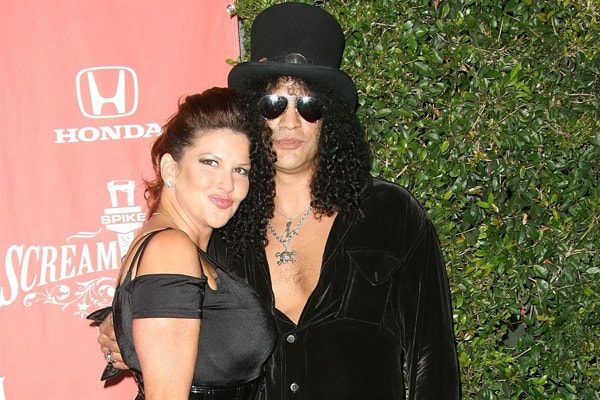 The divorce of Slash and Perla was sad news for all. When husband and wife divorce, it’s hard for both of them, but at the same time, if they stay together, it can be even worse.

Before marrying Perla, Slash was married to American model-actress Renee Suran in 1992 and divorce in 1997. Currently, Slash’s girlfriend is Meegan Hodges. Similarly, his ex-wife Perla Hudson is in a relationship with famous rapper DJ Paul.

However, it is still not sure if the pair of DJ Paul and Perla are still together or not.

Though Perla and Slash divorced, they are smiling in their world, which is good news for all.

Keep connected with SuperbHub for News, Entertainment, and Biography.