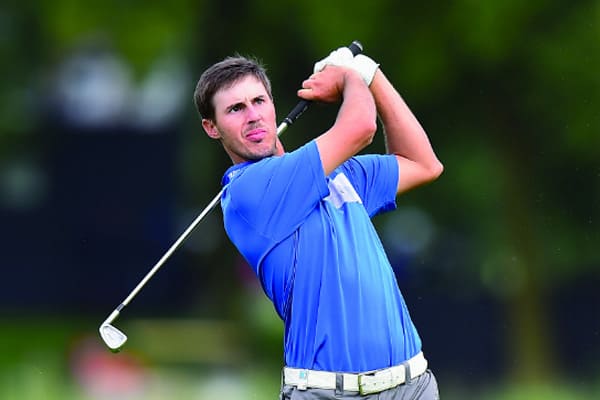 The American professional golfer, Chase Koepka was born on born on January 30, 1994, in West Palm Beach, Florida, USA. He is best known for winning the title of ‘2016 Mission Inn Spring Spectacular.’

Chase Koepka’s net worth is still under the wraps. He was born to father Bob Koepka and mother Denise Jakows. He grew up alongside his brother Brooks Koepka who is no. 1 golfer in the world as of 2019. He is in a relationship with his girlfriend named Samantha Martini.

As stated earlier, Chase Koepka’s net worth hasn’t been revealed. However, he must have earned a remarkable amount of money from his career as a professional golfer. As for his brother, Brooks Koepka’s net worth is estimated at $18 million. 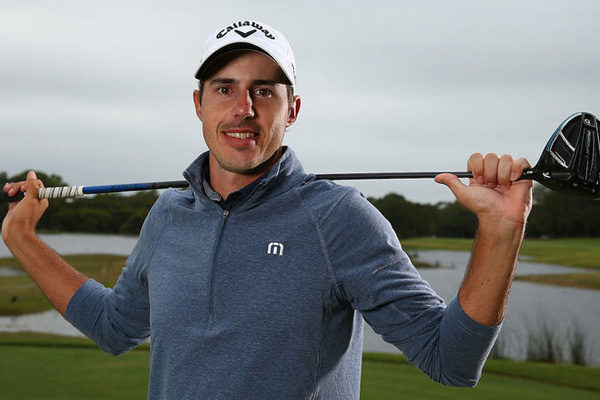 Chase Koepka has earned a remarkable amount of money from his career as a professional golfer. Image Source: Bunkered.

In 2016, Chase graduated from the University of South Florida. He won altogether 4 tournaments during his college career. Koepka started being a professional golfer in 2016 and played on the Challenge Tour. Again, in 2017, he played on the tour again and earned more success.

He became runner-up in the Italian Challenge and the Kazakhstan Open and finished the season 9th in the Order of Merit for earning a place on the European Tour for 2018. In 2017, Chase also teamed up with his brother Brooks Keopka in Zurich Classic of New Orleans where the pair of brothers finished in the 5th position.

In his 4th PGA TOUR, he shot a bogey-free 66.#LiveUnderPar pic.twitter.com/QESqoTPUFJ

Koepka is having wonderful golf career, as in 2018 he finished in 7th place in the BMW SA Open but sadly he finished 182nd in the Order of Merit.

He has won altogether 3 tournaments to date; Rees Jones Invitational in 2013, Invitational at the Ocean Course in 2014, and Mission Inn Spring Spectacular in 2016.

Aforementioned, Chase Keopka was born to parents Bob Koepka and Denise Jakows. His brother Brooks Koepka is a popular professional golfer and is currently the number one golfer. The pair of Brooks and Chase together played as a teammate in the 2019 Zurich Classic of New Orleans on the PGA Tour.

Looks like there is a strong bond between the two brothers and their father and mother are also equally supportive as they are often seen in the golf matches of both of their sons. Chase and Brooks both grew up playing golf under the supervision of their father who used to coach them in their early days. 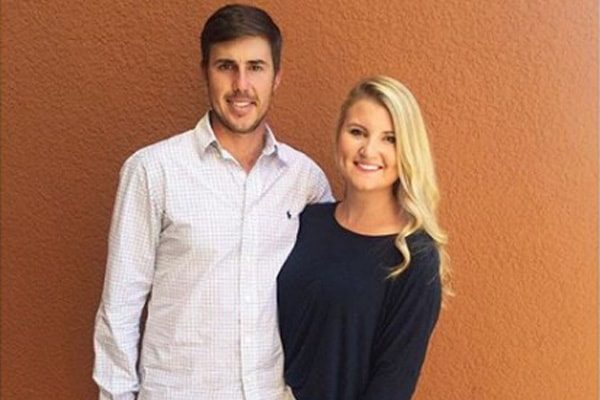 Chase Koepka is in a relationship with Samantha Martini. Image Source: Chase’s Instagram.

The beautiful pair of Chase and Samantha are often seen together on social media. They are happily enjoying their relationship and Samantha is supportive of her partner’s golf career and also often visits his golf tour matches.

Success doesn’t come itself, we have to create it. Chase Keopka is a rising golfer and looking at his determination for his work he will definitely reach new heights of success in his career.